The USC football team had to watch some "special" game footage yesterday -- after their coach got wind of their massive brain fart of a performance on TMZ. 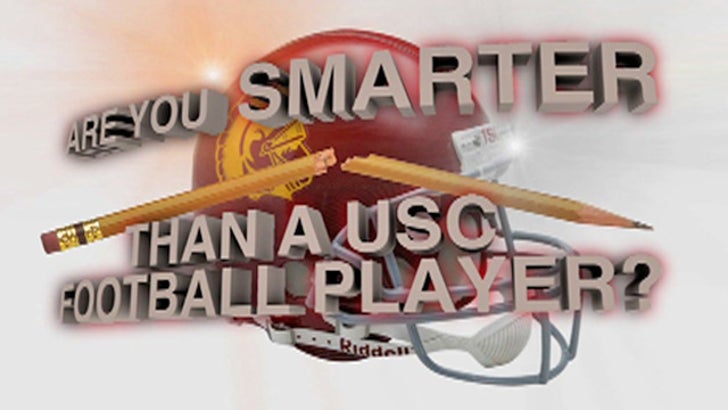 There's a post on a USC football website detailing yesterday's team meeting where coach Pete Carroll, "showed the video ... giving the players plenty of opportunities to laugh at each other and also offering a teachable moment. He reviewed some current events with the players, including Biden's role as the next VP and Blagojevich's scandal."

Carroll was also quoted as saying, "Our players were clearly not on their game last night at Lawry's ... We've got some things to work on."

The Trojans are scheduled to pound Penn State into oblivion during their Rose Bowl matchup on New Year's Day.