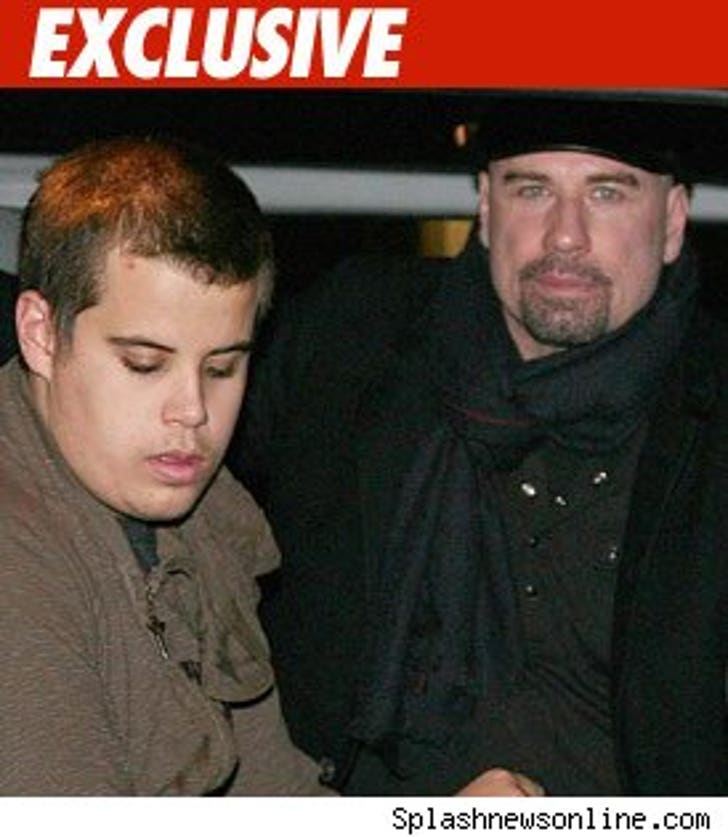 UPDATE 1/5 -- Within hours, an autoposy will be performed and the coroner is expected to release the cause of death. Stay tuned.

There's a conflict brewing between the Bahama PD and John Travolta's camp regarding the time line of Jett Travolta's death.

People who are with Travolta are bristling at the suggestion Jett might have been left unattended for more than 10 hours, but this morning cops say they are sticking to their story. Meanwhile, we've learned Jett had suffered from grand mal seizures in the past and had taken anti-seizure medicine which the Travolta's say did not work, so the medication was stopped.

As for the time line, we're told Jett, his family and his two nannies had been boating on January 1. They returned to their townhouse at the Old Bahama Bay Hotel at around 6 PM. Jett was tired, went into his bedroom and went to sleep.

We're told nanny Jeff Kathrein watched TV in the adjoining room. The other nanny, Eli, returned to the townhouse at around 11:30 PM. Both Jeff and Eli turned in at around that time. After Jeff got up, he went into the bathroom and discovered Jett laying on the floor.

As for when Jett was last seen, cops say it was the at around 11:30 the night of January 1, when he went to the bathroom. Michael McDermott, John Travolta's lawyer and close friend, says Eli or Jeff may have gone into that bathroom during the middle of the night so the time frame would have been compressed.

We're told Jett's disabilities included the inability to communicate well, in addition to some physical disabilities. As a result, there was a baby monitor in his room as well as a chime on the bathroom door. It's unclear if the two nannies slept through any signs of movement. The townhouse is relatively small -- around 1,000 square feet -- and the nannies and Jett were all on the bottom floor.

McDermott told us it's not unusual for Jett to sleep 12, even 16 hours a day, so Jett not being present is not unusual.

As for cause of death, the coroner will presumably determine that tomorrow.

As for John Travolta and Kelly Preston, McDermott tells us "they stopped crying long enough last night to try to write a press statement, which they haven't finished."

A number of celebrities, including Tom Cruise, have called Travolta and Preston offering condolences.

UPDATE: 12:38 ET -- Cops in the Bahamas PD tell TMZ "With lots of emotion that goes through a family in a time like this, it's understandable to come to your own ideas or terms, but we have an obligation to assure and convey with our public that the information we give is solid. The investigation is ongoing, but we stand by what we have said."