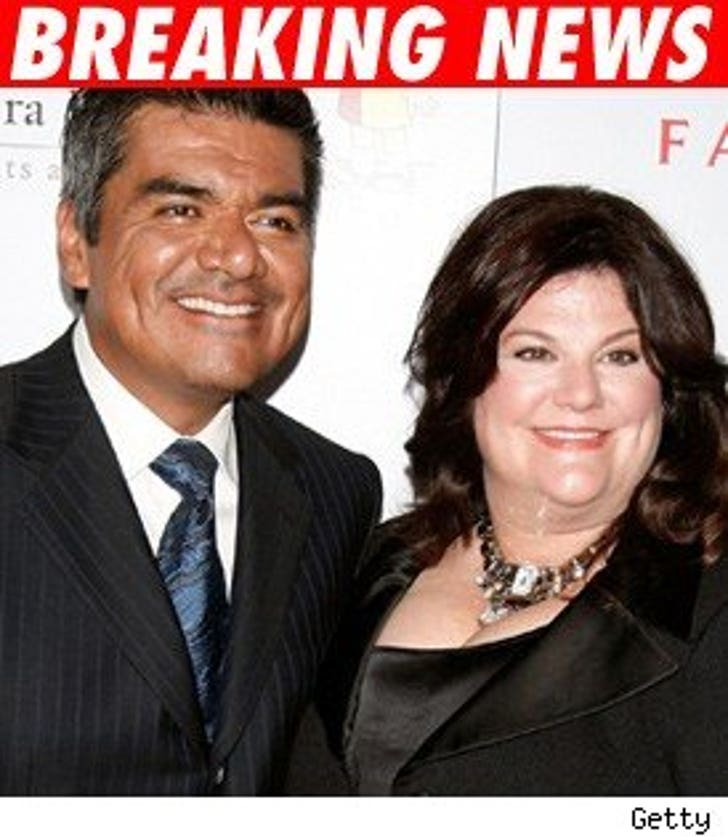 A NY doctor who's demanding the return of the kidney he donated to his adultery-committing ex-wife suddenly has a brand new enemy -- George Lopez's wife!

Ann Lopez, who once donated one of her kidneys to save George's life, has fired off a statement, crushing the Kidneyian Giver – aka Dr Richard Batista – for the "outrageous demand" he made in the New York media. Batista – who found out about his wife's affair after he donated the organ -- demanded his wife return the kidney or fork over $1.5 million ASAP.

In the statement, Lopez says, "Being an organ donor is selflessly giving another person the gift of life. Organ donation is an act of compassion, humanity, and love. To ask for monetary compensation for this gift is not only illegal but sends a highly destructive and irreparable message about living organ donation to the public.

Dr. Batista is also violating the moral standards that every physician vows to uphold as part of the Hippocratic oath. As an advocate for living organ donation, I condemn this outrageous demand that Dr. Batista has set forth. As a husband, father and physician he should consider the heath and welfare of Mrs. Batista, the mother of his three children above anything else. Asking her to return the kidney is an impossibility and asking for a monetary sum is immoral, cowardly, and culpable."