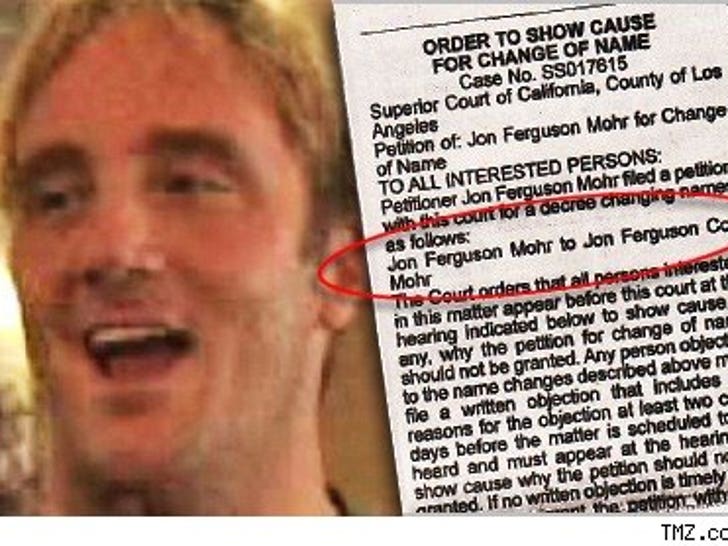 Jay Mohr is one step closer to officially inserting Cox into his name. 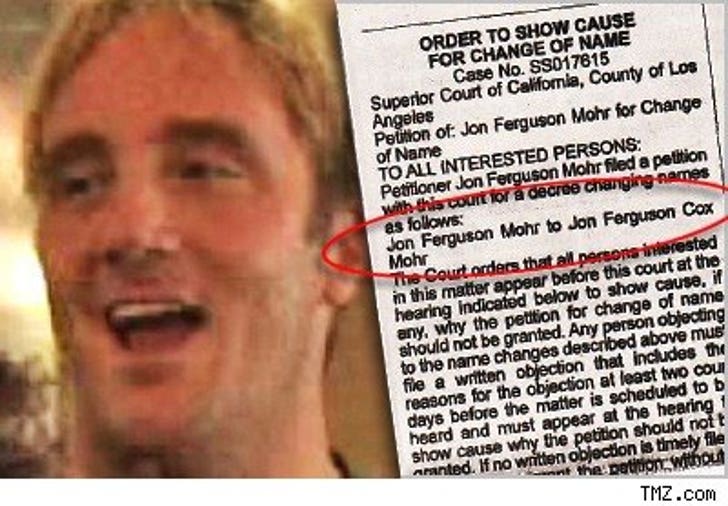 Jay -- who's trying to get his wife's last name added to his own -- is required by L.A. County to have a "Proof of Publication"... meaning you have to have your new name printed in a "newspaper of general circulation" for four consecutive weeks.

That's exactly what Jay has done -- and all that's left now is a court appearance and he'll officially be Jon Ferguson Cox Mohr.