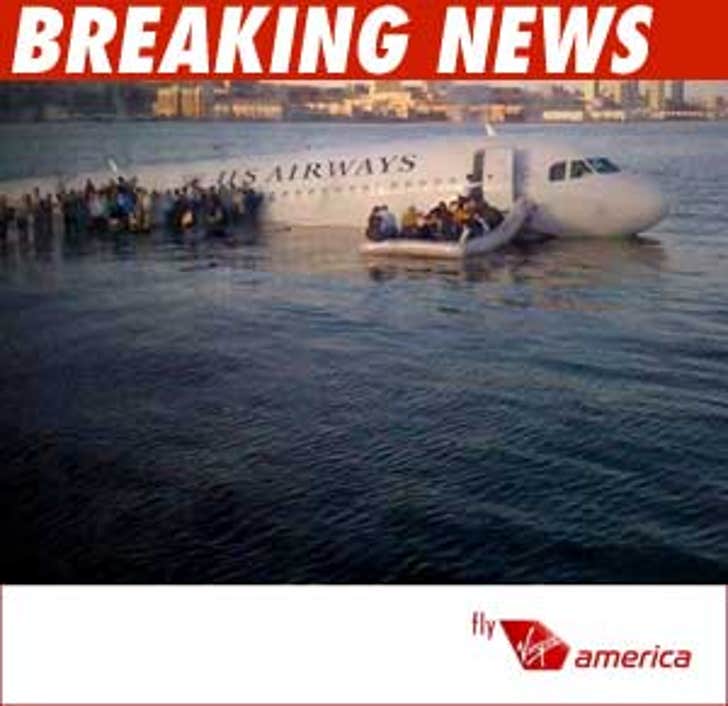 Virgin America is suing a company that allegedly created a phony ad, making it look like Virgin was trying to profit from the US Airways crash.

According to the suit, filed yesterday in Federal court, Virgin claims Adrants Publishing posted an ad on its website, Adrants.com, showing a photo of the jet planted in the Hudson River, with the caption, "The Hudson Crash: Just One More Reason to Fly Virgin."

The suit claims a honcho at Adrants said, "We've seen Virgin turn ugly situations to its advantage before, making it [the fake advertisement] very much in keeping with the Virgin brand persona. The only thing saving the tribute from being in terrifically bad taste is the fact that no one lost his or her life in the crash. So woot! -- slather your big reds all over those news shots, V."

Virgin says the ad damages its good name and is suing for, among other things, defamation.

Adrants maintains it was all just a spoof.

We spoke Adrants, they say they didn't create the ad, they just posted it on their site after someone sent it to them.