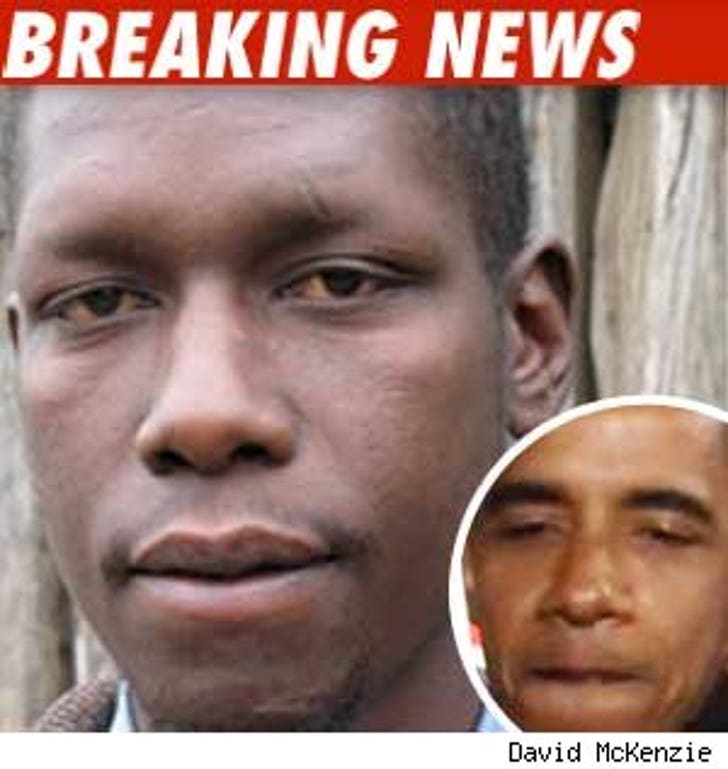 The half brother of President Barack Obama has been busted for possession of marijuana ... in Kenya, and the circumstances sound weird.

Cops busted George Obama Saturday at his home. We don't know why cops went there in the first place, but he was taken into custody for marijuana possession and resisting arrest.

George -- who shares the same father with the Prez -- told CNN, "They took me from my home ... I don't know why they are charging me."

He had a grand total of one joint on him.

Barack and George have met, but barely know each other.