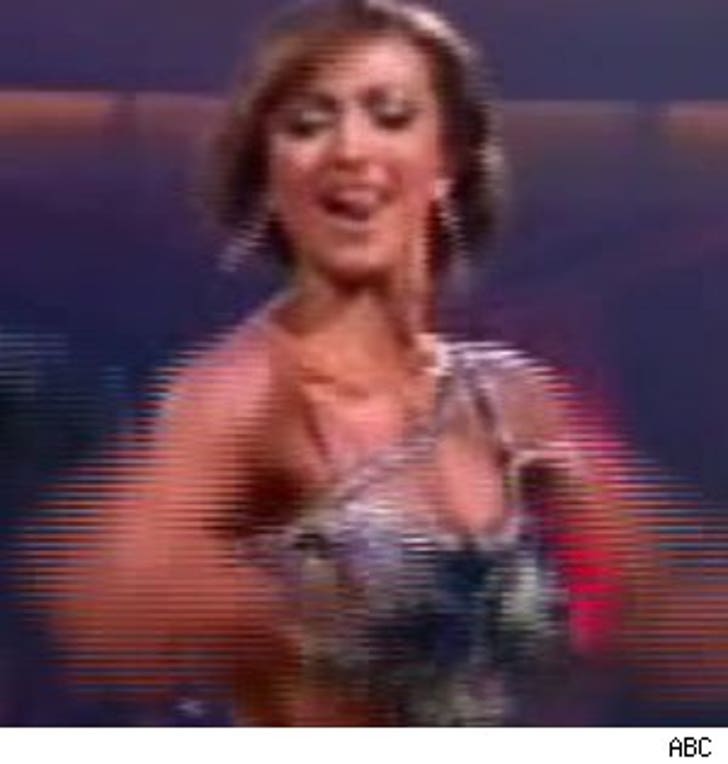 Karina Smirnoff is a great dancer, but her performance lacks a certain sense of humility and charity.

The "Dancing With The Stars" Star (?) is suing a restaurant for not paying her fee at a March of Dimes benefit last month.

Smirnoff, who lightly brushed her 15 minutes of fame on the show, is suing Panchito's Restaurant in San Antonio for 6k after they neglected to pay her "appearance fee."

Smirnoff's lawyer told KSAT news the Mexican joint claimed it made no money on the event so it just couldn't pay her. The restaurant reportedly claims it never agreed to pay her squat.

Come on guys ... there's gotta be some loose change around there somewhere.

Karina's rep contacted TMZ and said there was never any mention this was a March of Dimes event. But we just spoke with James Gonzaba, the General Manager of Panchito's Restaurant, who said his people were contacted by Jimmy Villereal, who claimed he managed Karina ... that Villereal asked if the restaurant would host a March of Dimes event that Karina would appear at.

Gonzaba says Villereal asked for money for Karina's appearance, but the restaurant made it clear -- they couldn't afford to pay anything to her, so there was no deal -- they merely hosted the event and were shocked when she demanded a fee after the fact.