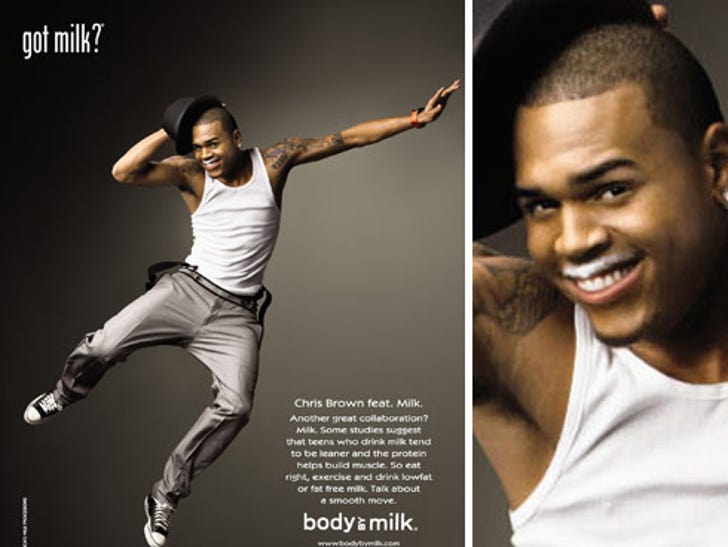 Chris Brown is officially being stripped of his milk mustache. 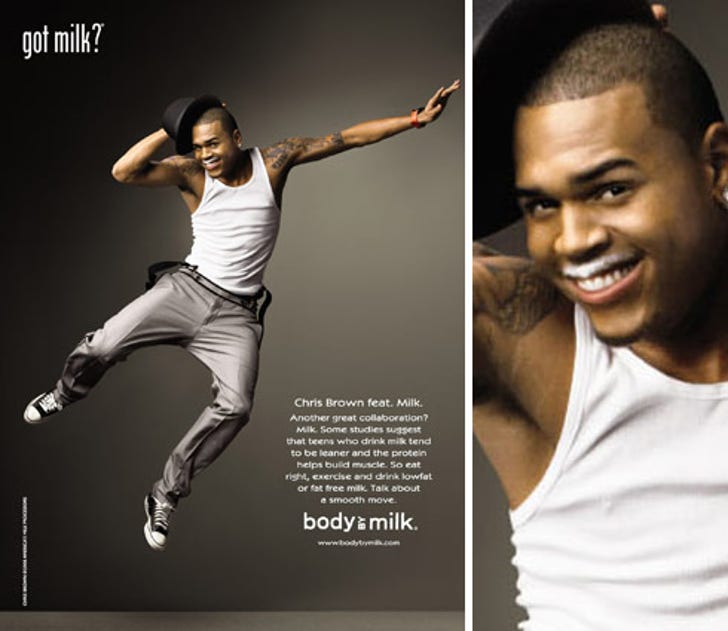 In the wake of his arrest -- and the allegations he beat up Rihanna -- the "Got Milk" people have fired off the following statement: