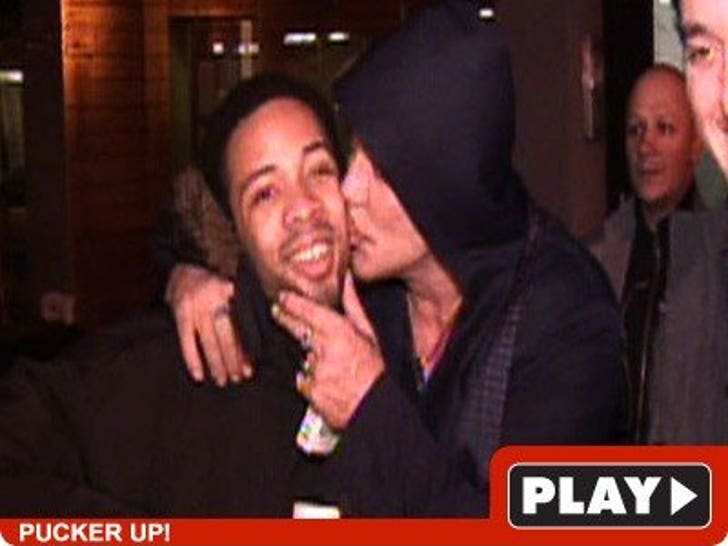 This is some of the most bizarre footage we've ever seen -- YOU GOTTA SEE THIS. 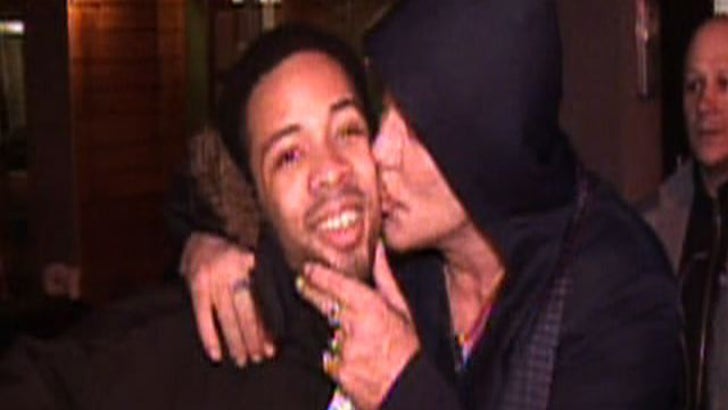 It was all a bit awkward, but things really got strange when Mickey dragged a random fan into the attempted gay humor, kissing him on the face and then telling him, "I'm gonna kiss you all night long."

The stunned fan's shocked and confused look says it all.

Rourke did, however, peel off some cash to a homeless dude -- but even that exchange was just weird.