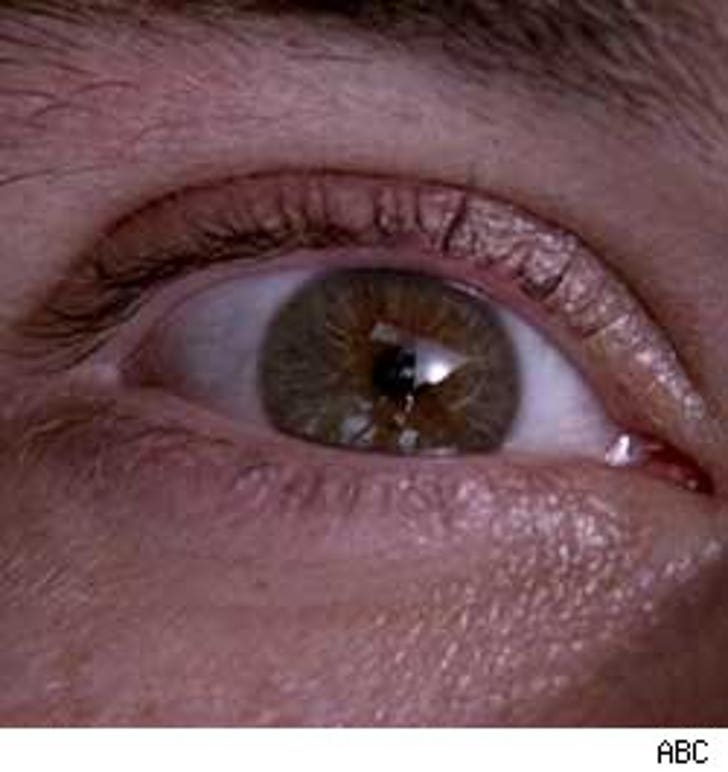 Hey everybody, Daniel from TMZ here -- welcome back to the "Lost" Diary.

Lately I've been getting a lot of comments that it doesn't seem like I am having any fun watching "Lost" anymore. While I certainly haven't liked this season as much so far, I like to think I still have fun watching. Nonetheless, I am approaching tonight's ep like a kid in a candy store -- BRING ME "LOST"!!!

For all you "Lost" Diary newbies, here's how it goes: I gather with a group of friends watching "Lost," writing what happens on the show as it happens, and throwing in my two cents along the way. Back at Ari's house tonight -- Lauren isn't here, but our friend Marisa is. Let's roll ...

9:00 -- Nothing warms my heart like seeing the single eye opening to an episode of "Lost." It's like a warm blanket and mom's homemade chocolate chip cookies ... mixed with the smoke monster and a time-traveling island.

9:01 -- In a scene that reminds me of the pilot, Jack awakens in the forest -- but this time he has a ripped piece of paper that says "I wish." Me thinks this is a dream.

9:02 -- Jack jumps into the water to rescue Hurley who, in a surprise to no one, can't swim. Neither can I, but still.

9:05 -- Mrs. Hawking's underground lair is ... how do I say this? The coolest place ever. By the way, from now on I will only refer to my apartment as The Lamp Post. I have already called a guy to install a giant pendulum.

9:09 -- Mrs. Hawking is explaining everything about the room and how it finds the island. Here's the question you have to ask -- Who is the man she is speaking of who designed it all? It would seem to be, in some way, he pointed the freighter in the right direction. So does that make it Widmore? Abaddon? Faraday?

9:14 -- So apparently they just have to get on a plane and POOF!!! Maybe they'll be back on the island. 14 minutes into "Lost" and I think I have exhaled like twice.

9:19 -- Mrs. Hawking just gave Locke's suicide note to Jack. How can it not be awesome?

9:20 -- Apparently Jack needs to give Locke something of Christian's for the flight. It's kind of like "something borrowed, something blue" -- except in this case it's "Something of my dead father's so I can give it to my dead friend so maybe my plane magically transports me onto a time traveling island."

9:22 -- Ben gives Jack a speech about Thomas the Apostle and then says something about a promise to an old friend. Does anyone else think he's going to try and kill Penny?

9:24 -- Well this is kinda random -- Jack has a friend(?) named Ray that apparently lives in an old folks home and he has a tendency to wander off. Why tell us this now?

9:28 -- Apparently Aaron has disappeared into thin air and Kate is feeling a tad bit randy. Both developments are ok with me.

9:34 -- Jack's speech about his dad's shoes was just great. "Lost" is at its best when you are so entrenched in the mythology of it all and then WHAM!!! -- it steps back and reminds you these are just people. I still hope one day we get the fear speech again.

9:35 -- Ben needs Jack to pick up Locke's body because someone beat the spit out of him. What was he doing?

9:42 -- Ok, here is where watching way too many movies and TV shows comes in handy. The guy who gave Jack his condolences is a good actor -- I have seen him a bunch. We have not heard the last of him.

9:43 -- I have a question (before we get to why Sayid is being led around in handcuffs like Kate was on 815) -- Is anyone surprised that Sun is leaving her kid behind to find Jin? Just saying ...

9:44 -- Apparently Hurley has purchased as many seats on the plane as possible and he's brought a guitar with him. Charlie's, perhaps?

9:45 -- Let me ask you this -- at this particular point, right now, is there ANYONE that you could see on the plane that would surprise you? If they pan through the seats and I see Boone, Shannon, my mom and Abraham Lincoln I wouldn't blink.

9:48 -- Remember when I said they couldn't possibly show me anyone on the plane that would surprise me?

9:49 -- "Good afternoon, ladies and gentlemen and welcome to Ajira Air. This is your captain, Frank J. Lapidus." I was wrong.

9:50 -- "We're not going to Guam, are we?" -- Lawnmower Man. Ok, "Lost" has blown my mind several times. But something tells me I have never been as completely mystified as Lawnmower Man is right now.

9:58 -- And here we are, back at the beginning. Prediction -- everyone makes it, including the random guy from the airport, but that's it.

There are so many things I loved about this episode, but most of them come from the decisions the producers made with regard to how they structured the show. As I have said countless times, the best "Lost" moments come from scenes that are usually a couple of minutes long. They build suspense and allow the characters to actually breathe. For me, when "Lost" is jumping back and forth between several locations and breakneck speeds, it's just not the same.

Tonight's episode was brilliantly paced. When "Lost" takes its time and allows things to develop at a very methodical pace, the suspense level ratchets up. It's the exact opposite of a show like "24," which needs the adrenaline for success. "Lost" is all about slowing things down to a crawl and then bashing you over the head.

And then there's this -- how did they manage to structure an entire episode around everyone getting back on that plane, give you great scene after great scene, and then manage to brilliantly leave out several key things. What happened to Aaron? What happened to Ben's face? Who told Hurley to be on the plane? How did Sayid get there? And most importantly, who built The Lamp Post?

The structure of this week's episode, for me, was the star of the week. (And by the way, if you were like me and really loved the way this episode was done -- start watching "Damages.")

This was my kind of "Lost" episode.

I wrestled with my grade for quite awhile and I have decided to go with B+. It certainly could be deserving of an A, but when I look back at eps like "Walkabout," "The Man from Tallahassee" and "The Constant," it's not quite at that level. Just a smidge short.

Ok, here is my question to you this week -- Of all the gaps left by tonight's episode (the ones I mentioned before), which one are you most interested in learning about?