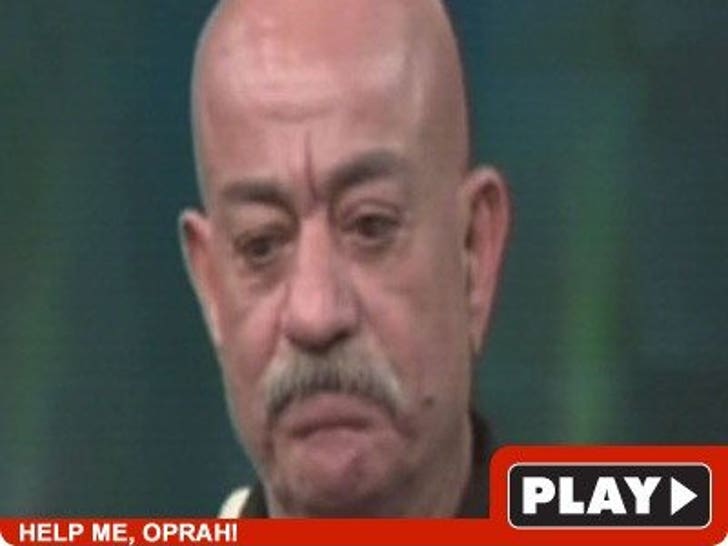 The father of Nadya Suleman appeared on Oprah today -- and he flat out asked O if she could help get his daughter mentally evaluated, because he believes she's not all there.

Ed Doud, who's been shouldering the burden of 14 children with his ex-wife, OctoGrandma Angela, says he only has $100 in his bank account -- and choked back tears when he said he needs to leave the country, and his grandchildren, to get back to work "overseas."

He says he can only stick around for another one to two weeks -- then it's two less hands to help around the house, which could soon be on the auction block.