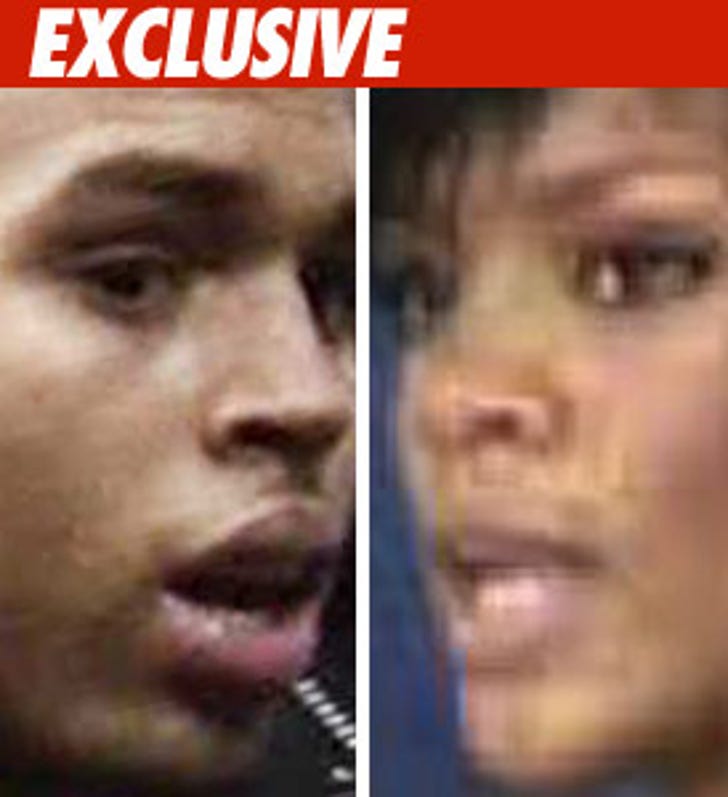 Sources tell TMZ Chris Brown would cop a plea, but only to a misdemeanor and with no jail time. After we broke the story yesterday AM it has triggered a passionate public reaction.

We're told Brown's people have consulted with outside legal eagles -- including law school professors -- who have said Rihanna's own aggressiveness takes it out of the felony category. Sources say Rihanna was the first one to strike -- slapping and striking Brown "numerous times" while he was drivΩing, after seeing the text message from another woman. And Rihanna was fighting Brown as he punched and hurt her. We're told much of this is reflected in the official police report based on what Rihanna told cops. As a result, they say, this is not a case that demands a felony plea.

On the other side, there are plenty of cases in which the woman engages the man in a fight but the jury convicts the male because it was an unfair fight and the man could have walked away. The photographs of Rihanna -- the most graphic of which have not been seen by the public -- demonstrate Brown's superior strength. Add to that the fact that Brown had no significant injuries and it presents problems for him.

Perhaps worse for Brown, sources tell TMZ Rihanna told cops he had beaten her before and the violence had been escalating.

And there's this. According to the detective's note filed with the search warrant papers, Brown sent a text message to Rihanna's assistant in which he apologized for what he had done to Rihanna and said he was getting help. That would be admissible in court and extremely damaging -- as a legal admission.