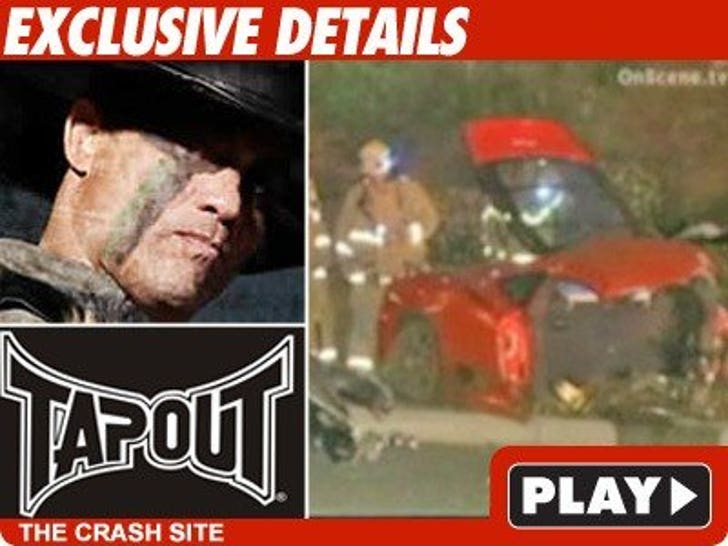 TMZ has confirmed the owner of the TapouT MMA clothing line died this morning when his ultra-rare $300,000 Ferrari crashed into a light pole, ripping the car in half. 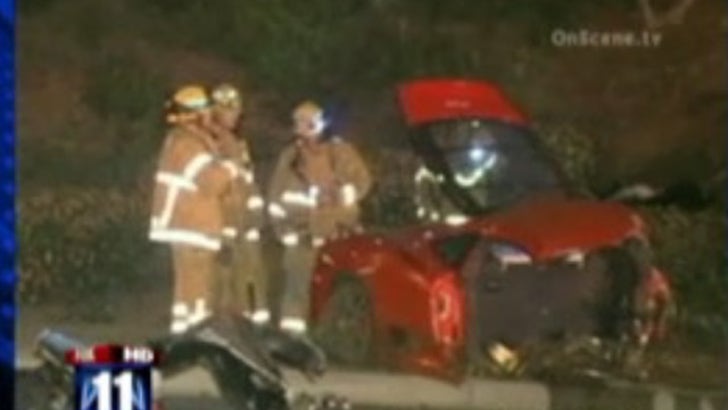 TMZ has learned Charles Lewis Jr. -- aka "Mask" -- was driving his Ferrari Modena in Orange County, Calif. around 1:00 AM this morning when cops say it "left the roadway, hit the curb, took out a light pole."

"Mask" was declared dead at the scene. A female passenger -- who was ejected from the crash -- was taken to a local hospital, but we're told she's in bad shape.

Cops believe "Mask" was racing a guy in a Porsche at the time of the crash, and authorities have since arrested the guy they believe was driving the other car. That man -- Jeffrey David Kirby -- is being held on suspicion of gross vehicular manslaughter.

UPDATE: A rep for TapouT released this statement: "It is with heavy hearts and great sadness that we must regretfully confirm the passing of our beloved friend, brother and co-founder Charles "Mask" Lewis following a car accident that occurred last night. We are currently in the process of setting up a memorial service in his honor and will release more details as they become available. Many thanks to all for the outpouring of blessings and well-wishes during this incredibly difficult time."