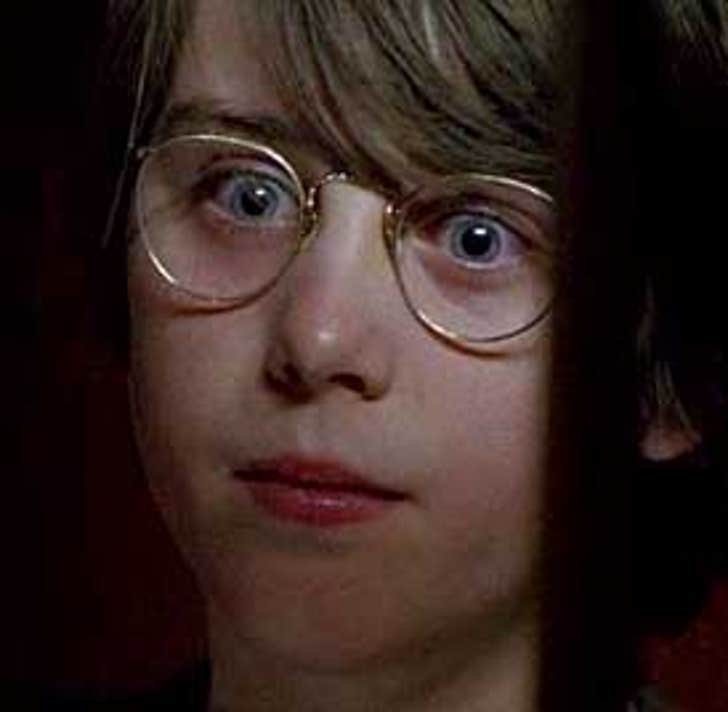 I have a startling confession to make -- I didn't know "Lost" was a re-run last week until about 5:30 PM PT. I had absolutely no clue. I avoid promos and commercials all week long, so I never heard about it. But this extra week off has me super excited for tonight. It's kinda like being in a boring marriage and we skipped "date night" one week and now it's back on.

9:00 -- Instead of a PREVIOUSLY ON LOST, we get a little of Lapidus in the cockpit. I always like a scene where you see something you've already seen before, but this time from a slightly different perspective.

9:01 -- Remember back in the day when the Others were building a runway? Yeah, it just came in handy.

9:04 -- Well this is interesting -- apparently Jack, Kate and Hurley are not only in a different place, but a different time as well. Again, why them?

9:12 -- Once Jin gets word that Sun is on the island, he immediately books it for The Flame. It's like that "date night" thing I mentioned earlier -- times a million.

9:13 -- So you know how sometimes your ex comes back in the picture and you have to explain to your current significant other that you still have some unresolved feelings for them and you have to see if you can make it work? Sawyer is probably going to be having that conversation with Juliet -- except in this case his ex returned in a time traveling plane that crashed about 30 years apart from when she did.

9:14 -- Jin is understandably excited about the prospect of being reunited with Sun, but all I can think about is this -- Is Jin less cool now that he speaks perfect English?

9:15 -- So if Sun and Jin really are 30 years apart, are they the new Desmond and Penny, waiting to be reunited?

9:16 -- Lapidus is reassuring everyone, but I doubt he really believes any of it. Also, are they on the main island, or that other small island we once saw?

9:24 -- Sawyer's plan is to slip Kate, Jack and Hurley in as new recruits on the sub. I want to be recruited for something.

9:25 -- There's a Hostile inside the perimeter on grid 325. No wait, it's just Sayid. In their defense, he can be awfully hostile.

9:30 -- So Faraday either is, or isn't, roaming around amongst the Dharma. Think he's gone batshit crazy? That's my vote.

9:31 -- How did Sawyer have anything in his closet that would fit Hurley?

9:32 -- Jin and Radzinsky are throwing Sayid in some kind of closet -- reminiscent of Henry Gale back in season two.

9:40 -- There's nothing I love more than a good Dharma orientation video.

9:41 -- First off, hysterical that Jack is a janitor. Second, do you think Juliet is going to screw things up for Kate on purpose?

9:42 -- Nope, Juliet comes in just in time to "save the day." Remember that time they wrestled in the rain? Cause I do. Quite well.

9:44 -- Sawyer is beginning his interrogation of Sayid. Again, I am getting some serious Henry Gale type vibes here. I miss those days.

9:45 -- As Sun and Lapidus make their way to the main island, there is really nothing that can happen right now that would surprise me. If they ran into Charlton Heston and a society of apes that talk like humans, I wouldn't bat an eyelash.

9:47 -- Ok, everything about that scene was creepy as all hell. And let me ask you this -- Would you follow Christian if he told you to? I don't think I would.

9:53 -- Against my better judgment, Sun and Lapidus have followed Christian to the Dharma Hall of Records. BTW -- check this out. Creepy!

9:55 -- I have a feeling Jack is about to learn about Sawyer and Juliet and it's not going to be fun for him.

9:58 -- How are Sawyer and Jack still friends? They say the nastiest things to each other -- as in, Sawyer just told Jack he's responsible for a bunch of people dying. They are like Serena and Blair on "Gossip Girl" -- I can't tell from week to week whether they are friends or enemies. Not that I watch "Gossip Girl" or anything ... What does Nate see in Vanessa? She sucks! Let's move on.

For me, this episode is really all about one thing -- are the Losties going to change history? As Hurley suggested, will they stop The Purge? Or, in some sort of cosmic twist, are they somehow the cause of it?

This episode didn't really answer any questions and didn't really raise any new ones, but yet I did feel like it somehow moved us in a direction. I have to admit right now -- I am holding next week's episode to a very high standard.

I am giving this episode a C+. Didn't really do a lot for me in the long run, but yet I found myself compelled throughout.