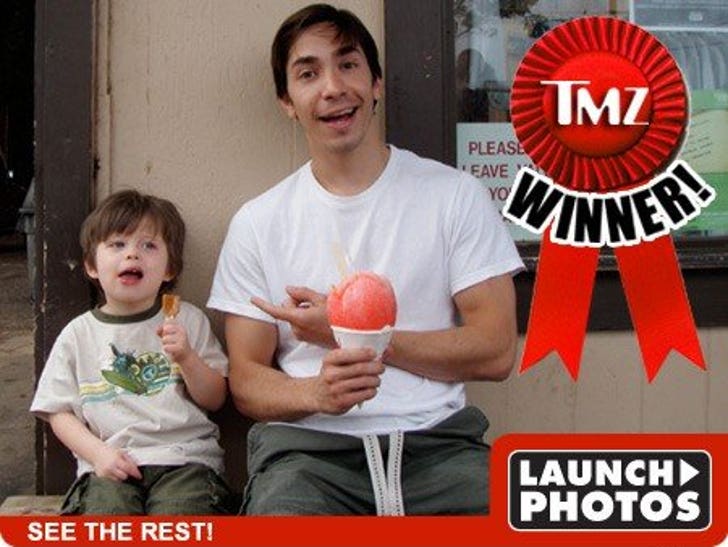 The tribe has spoken and little Hayden's sugary pic with Justin Long has officially captured the "Take a Pic with a Star" crown with more than 40% of the vote!!! 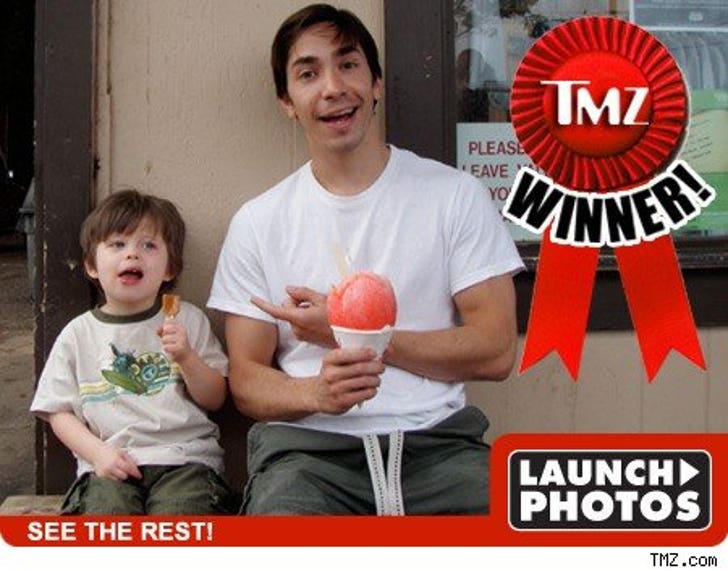 We spoke with Hayden's mom, who told us the pic was taken recently in Hawaii -- and Justin was so cool during the encounter, they're gonna donate the $250 prize towards a charity of Long's choice!!!

This weeks contest is Hair Don'ts! So be sure to Email in photos of your worst horribly entertaining hair cuts for a shot at next week's $250!