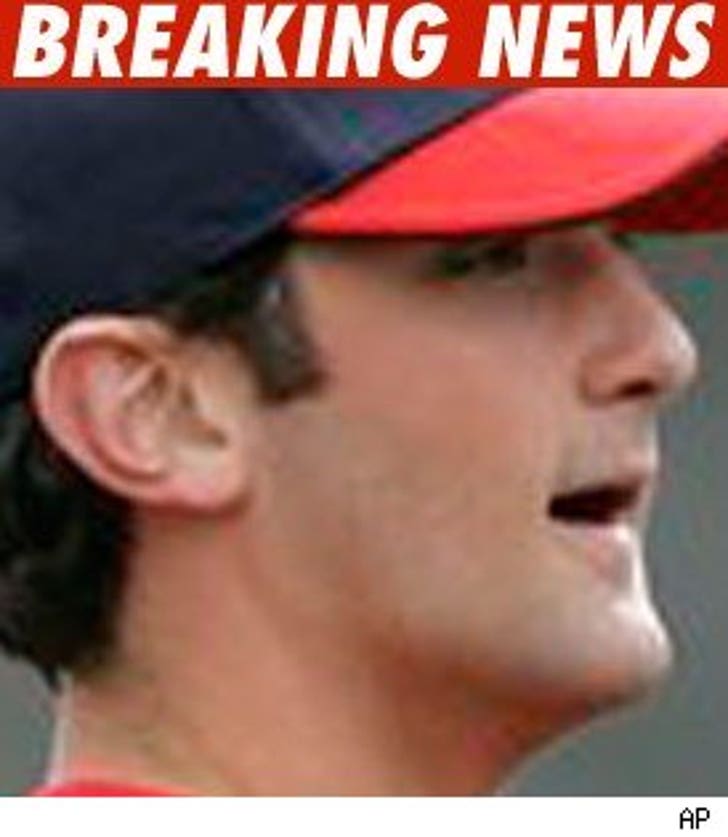 The Los Angeles Angels of Anaheim and the family of Nick Adenhart just released a joint statement on the tragic death of the 22-year-old starting pitcher:

Angels Baseball this morning announced the passing of right-hander Nick Adenhart, the victim of a fatal automobile accident in Fullerton, CA. Two other individuals were also killed in the incident.

Adenhart, 22, was a passenger in a silver Mitsubishi along with three others. Fullerton Police reported the Mitsubishi proceeded through an intersection, when a van ran a red light and broadsided the vehicle. A female driver and male passenger in the Mitsubishi were dead when police and fire department personnel arrived. Adenhart died as the result of his injuries at UCI Medical Center earlier this morning. No other members of the Angels organization were involved.

Adenhart pitched a masterful six innings in last night's game against Oakland (6 IP, 7 H, 0 R, 3 BB, 5 SO), leaving with a 4-0 lead before a late-inning rally resulted in a 6-4 Angels defeat.

Originally drafted by the Angels in the 14th round of the June, 2004 draft, Adenhart was in his fifth professional season and made the Angels Opening Day roster for the first time. He opened the 2009 campaign with a 37-28 career minor league record and a 3.87 ERA (506.2 IP - 218 ER). Adenhart made his Major League debut last May 1 against Oakland. At the time, he was the youngest active-roster pitcher in the majors.

Adenhart earned his spot in the Angels rotation via a spring training in which he recorded a 3-0 record and a 3.12 ERA (26 IP - 9 ER) over the course of six starts. During that span, he struck out 18 while allowing only five base on balls.

Adenhart is survived by his father Jim and mother Janet. His family released the following statement:

"Nick's family expresses sincere gratitude for all the help the Angels have provided. He lived his dream and was blessed to be part of an organization comprised of such warm, caring, and compassionate people. The Angels were his extended family. Thanks to all of Nick's loyal supporters and fans throughout his career. He will always be in everyone's hearts forever."

"The Angels family has suffered a tremendous loss today. We are deeply saddened and shocked by this tragic loss. Our thoughts and prayers go out to Nick's family, friends' loved ones and fans."