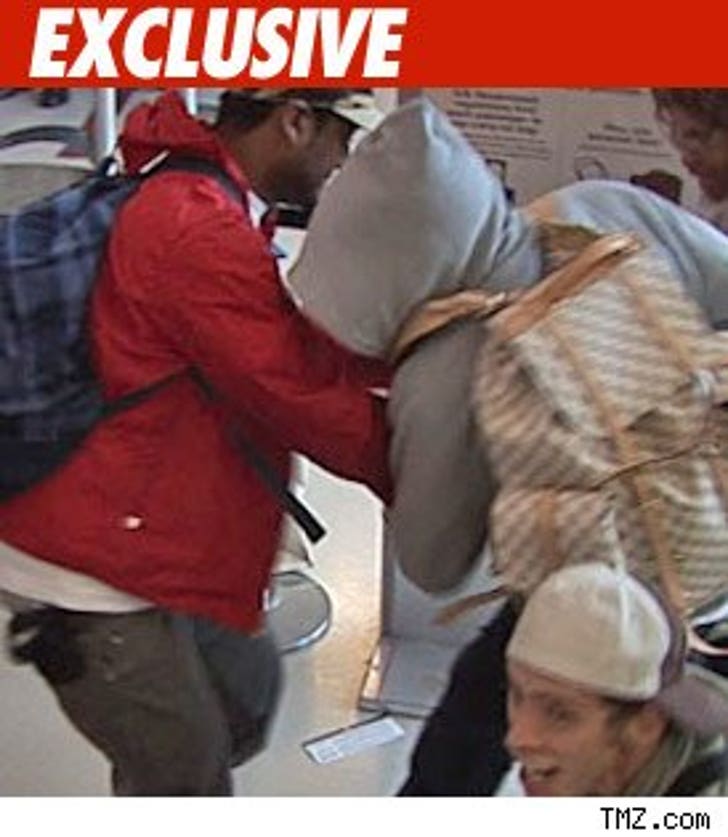 Kanye West's lawyer went to court today and won a delay for West's arraignment for smashing a photog's gear.

Bond on both defendants was exonerated because they do not have criminal records and promised to appear for their arraignments.

The incident occurred on September 11, 2008. A TMZ cameraman captured the confrontation ... Kanye can clearly be seen smashing the photog's flash to the ground.

Kanye could get up to 2 1/2 years in jail if convicted on all counts. Crowley could get five years.

Berk and Holley could end up squaring off with TMZ, since our camera got wrecked during the attack. We're only slightly scared...