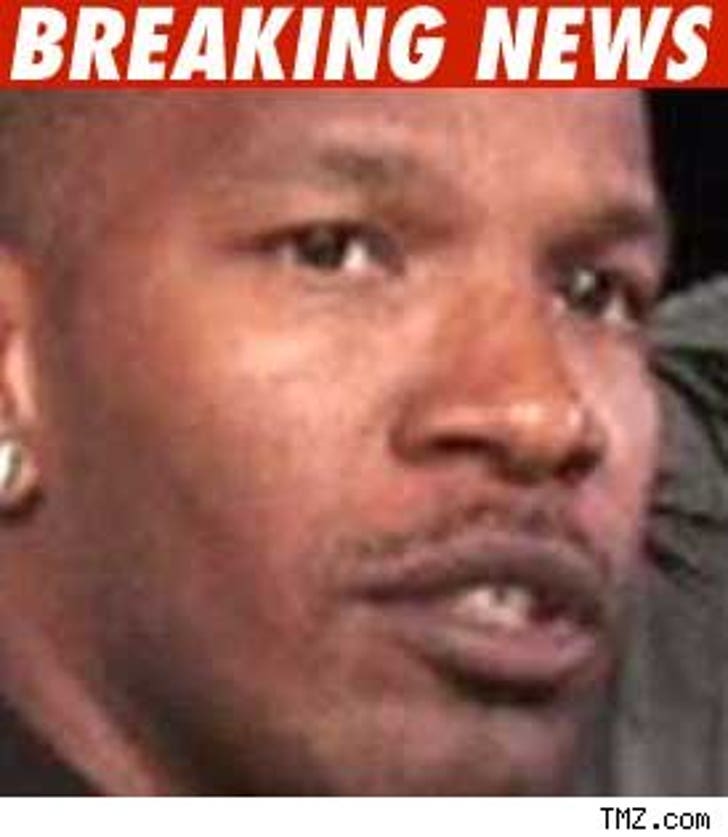 Jamie Foxx has been sued by a guy who got severely injured on a Vodka display and claims his dream to become a brain surgeon has been put on ice.

Here's the lowdown. Foxx hosted a party in 2007 at Social in Hollywood. William Presler says in his lawsuit he was hired to work the bar -- made completely of ice.

In the suit, filed today in L.A. County Superior Court, Presler claims drunk guests dropped their drinks around the bar and glass shattered everywhere. He claims he tried cleaning it up but was told to leave it be. Presler says the manager preferred kicking the glass along the side of the ice bar.

At the end of the party, Presler says he slipped, fell and landed on the shattered glass, severely injuring himself. He needed 170 stitches to repair the damage to the severed nerves in his left hand.

Presler says he obtained a neuroscience degree and was forced to abandon his career to become a brain surgeon due to the damage in his left hand.