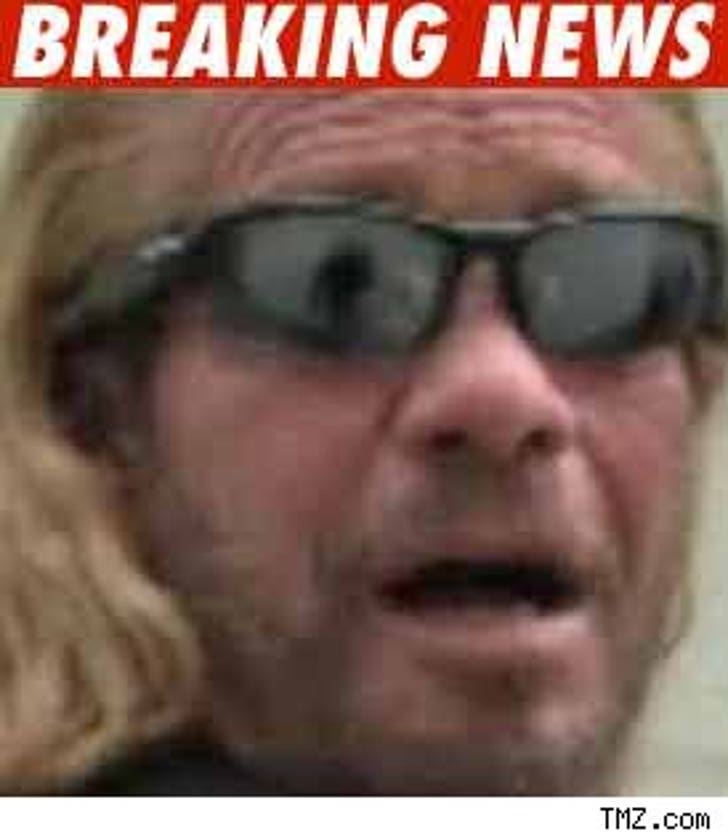 Duane "Dog" Chapman and one of his associates were shot at by a man they were trying to apprehend yesterday.

According to police in Colorado Springs, Colo., Chapman and bail bondsman Bobby Brown were attempting to bring in a man named Hoang Nguyen when he allegedly fired at least one shot at Chapman and Brown with a handgun before fleeing on a motorcycle.

Chapman and Brown were armed with paintball guns and returned fire.

Hoang was later arrested without incident by Chapman early this morning.