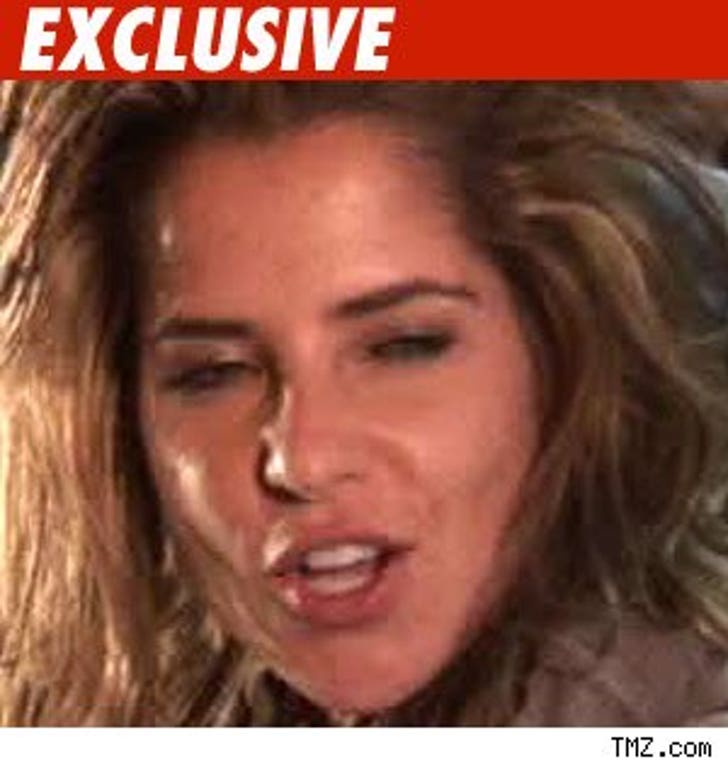 Kelly Monaco narrowly escaped a run-in with a burglar who broke into her Las Vegas penthouse early Thursday morning -- by hiding behind her bed while it all went down.

Sources tell TMZ Monaco was asleep in her penthouse at the Planet Hollywood in Las Vegas around 4:00 AM when she heard an intruder banging around inside the living room. We're told Kelly hid behind her bed -- but the bad guy never tried to get into the bedroom.

When the coast was clear, Kelly emerged from her room, saw that her place was trashed, and called police.

Las Vegas P.D. confirms to TMZ a burglary report was filed, but would not confirm what was stolen.

We're told Monaco is now using a personal security team -- and plans on keeping the bodyguards around as long as she's in Vegas ... which could be a while. She's currently starring in "Peepshow" at Planet Hollywood with Mel B.