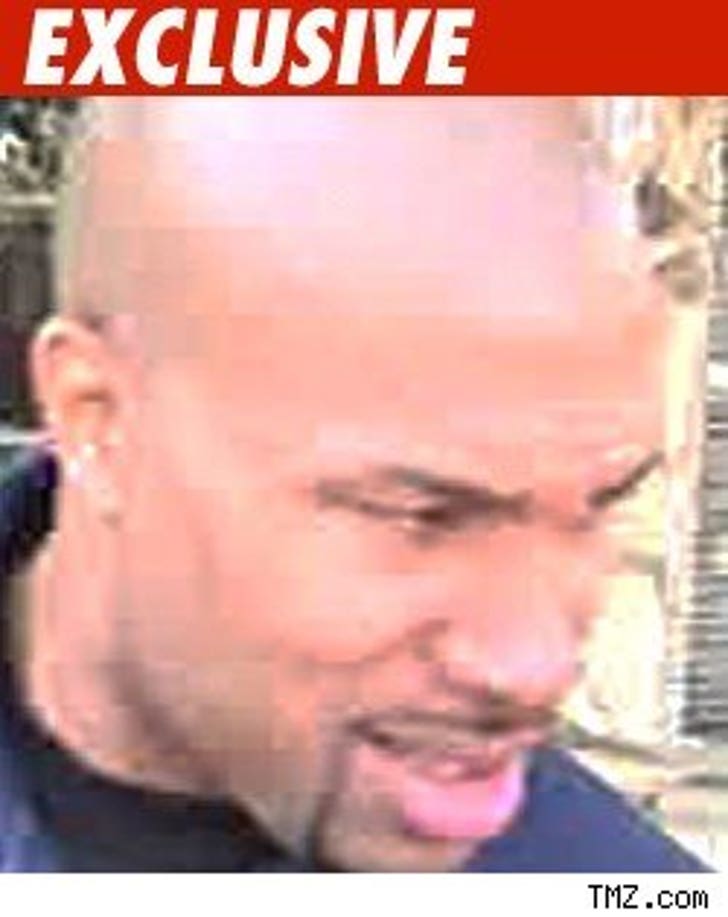 NBA star Derek Fisher, a point guard for the Los Angeles Lakers, got a judge to issue an order of protection against a woman who's been harassing him and his family for a long time -- and the danger is escalating.

We've learned the woman is a stranger who may have mental issues. She claims to be in an ongoing relationship with him for years. She started showing up at his home, scaring his wife and kids.

She changed her last name to Fisher ... Her first name is Symone.

Derek Fisher is playing tonight in the playoff game against Utah.

Fisher says Symone has been harassing him for years. They have no relationship of any kind. She believes they are either married, or parenting children together -- she's claimed both. She has said she felt God wanted them to be married.

The L.A. County Sheriff's Department -- Major Crimes Unit -- is investigating the matter and recommended that Fisher get a restraining order. The Sheriff filed a declaration with the court, claiming her threats were escalating and a matter of concern.

On her MySpace page, Symone calls herself "The REAL Mrs. Fisher." The court papers include love letters she sent him. "If I give your sexy ass my new # r u going to call me or will u send the po po after me? Meanie." And another: "Yes, I do want to have your babies - the ones you keep showing me. Our beautiful sons. Place them in my womb now."

In Derek's declaration, he says Symone "has repeatedly expressed anger and hostility towards me and my family." He adds, "Given this harassing and stalking behavior, I believe that any sort of further escalation at this point would put me and my family in danger." 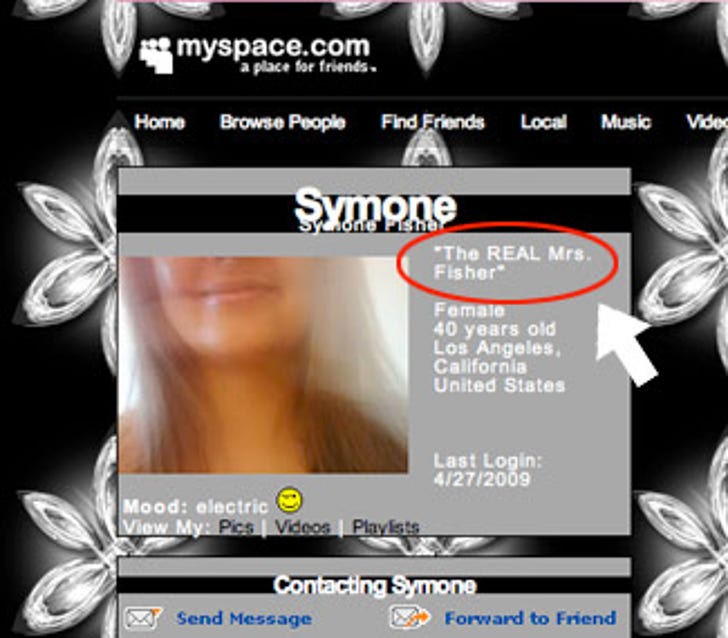 According to a declaration from Fisher's security guy, Symone "began sending unsolicited and unwanted packages of compact discs of love songs to Mr. Fisher at the [Lakers] practice facility."

This has been going on for a long time -- We found that Derek applied for a restraining order against Symone back in 2005 but it was dismissed because he didn't follow through in court.