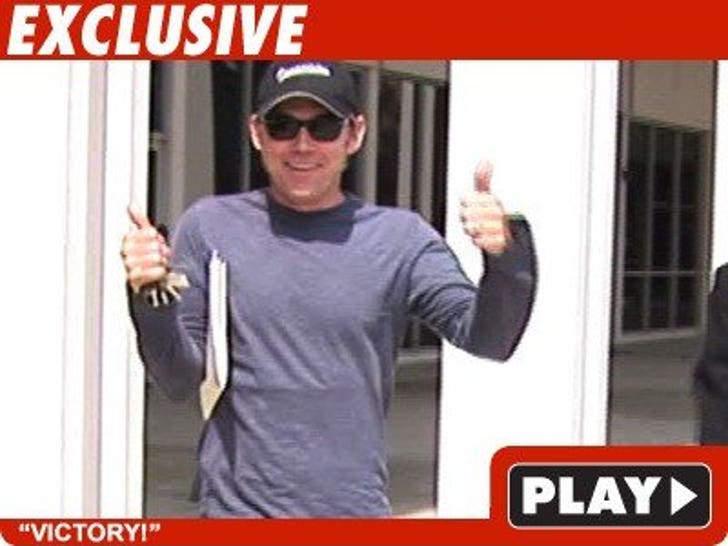 Ricky Schroder didn't even have time to gloat over his courtroom victory before he got smacked on the butt by the long arm of the law. 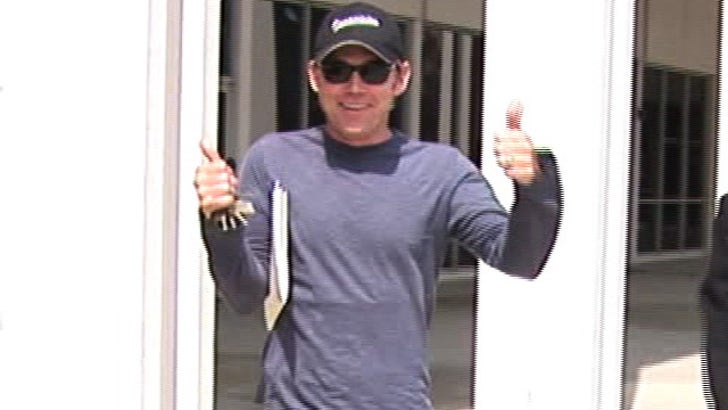 Schroder won a Malibu small claims court case against Alicia Roberts, who accused him of conspiring with her ex to steal thousands of dollars in tools. Don't ask -- a totally bogus case.

So after he leaves the courtroom, looking like Richard Nixon with thumbs high in the air, Ricky Boy drives off -- only to be stopped a block away by the fuzz for talking on his cellphone -- a big no no in Caleeefornia these days.

The good news -- Tricky Ricky can afford a ticky.