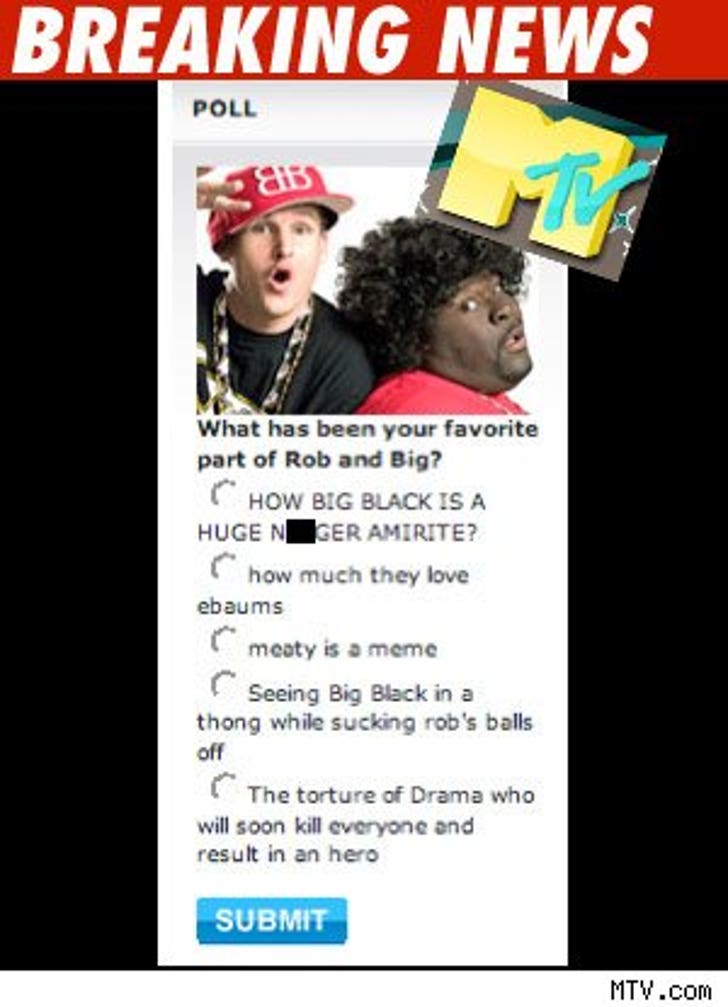 Some hate-spewing cyber coward has hijacked the official MTV website for the hit show "Rob and Big" -- and replaced an innocent poll with a racist attack on one of its stars.

The poll, which was first discovered by MediaTakeOut.com, has obviously been hacked -- but it's unclear how long it's been up on the MTV site. The poll reads:

What has been your favorite part of Rob and Big?

- HOW BIG BLACK IS A HUGE N**GER AMIRITE?
- how much they love ebaums
- meaty is a meme
- Seeing Big Black in a thong while sucking rob's balls off
- The torture of Drama who will soon kill everyone and result in an hero