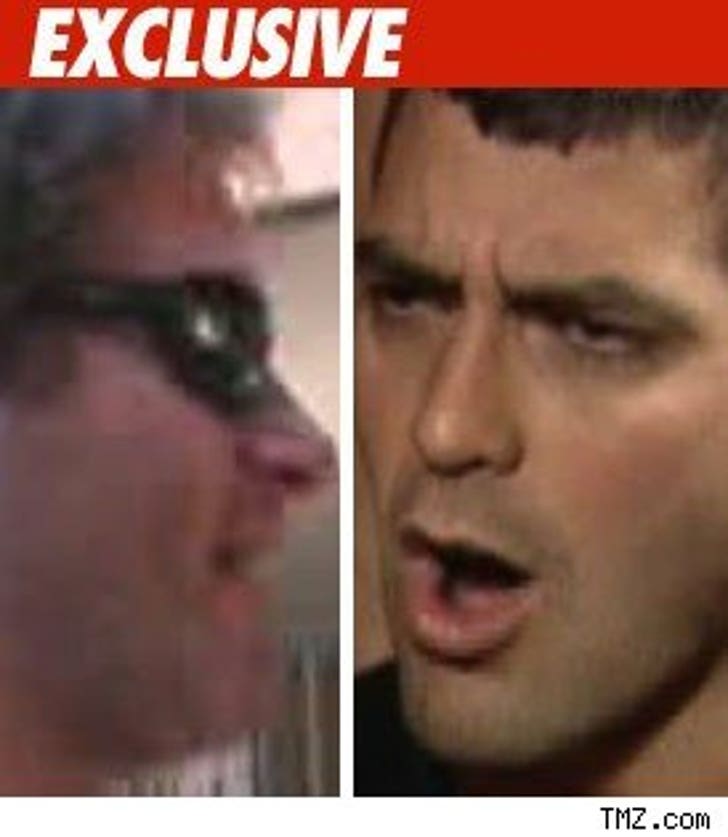 Rande Gerber's sexual harassment lawsuit is about to get even sexier -- George Clooney will take the stand. Put another way, he's testifying against the chicks, so they may as well fold now.

Gerber, along with a couple of his employees, are being sued for sexual harassment -- allegedly kissing and fondling two former waitresses. Gerber calls the claims a "blatant lie" and he's even got witnesses to prove it -- including Mr. Clooney himself.

A rep for Gerber tells us, "Mr. Gerber and Mr. Clooney are willing to take a lie detector tests to prove that the allegations against Mr. Gerber are false. Mr. Gerber will not settle this extortion case even for a single dollar and will take all actions necessary to clear his name, including filing a $10 million lawsuit for malicious prosecution once these allegations are proven false."

UPDATE -- Through his rep, Clooney tells us, "I was with Rande the entire night -- as were a lot of people -- they will all say the same thing that I'm saying. This event never happened. Period."