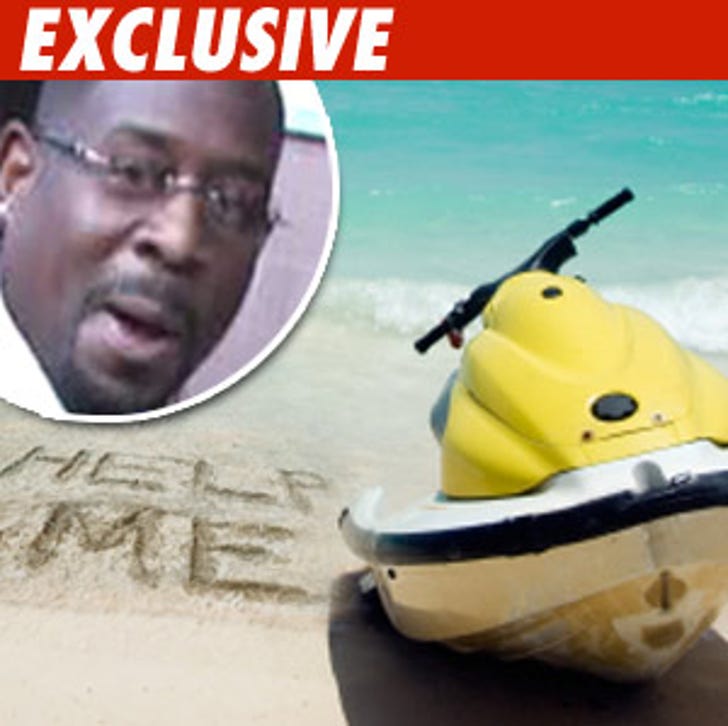 Martin Lawrence left a floater in the Pacific Ocean this weekend -- when his trusty Sea-Doo drifted away from the boat he was on and into the deep blue.

We're told while Mart-iiin and a friend were towing his water motorcycle through the choppy waters outside of Marina Del Rey, it somehow became detached and floated away.

But this story has a happy ending -- cops tell TMZ they eventually found the Sea-Doo banged up on a nearby beach, where it had learned to make fire and befriended a volleyball named Wilson.