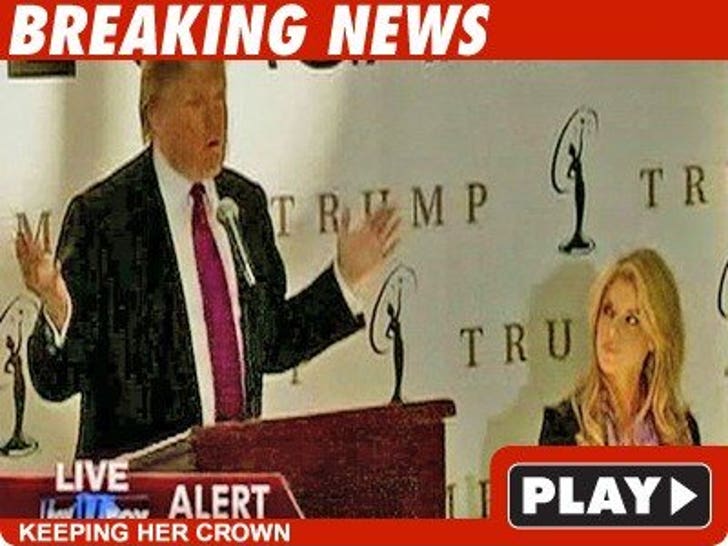 Donald Trump not only let "biblically correct" Miss California Carrie Prejean keep her crown, he defended her boobie pics by saying they were risque ... but also beautiful and lovely. 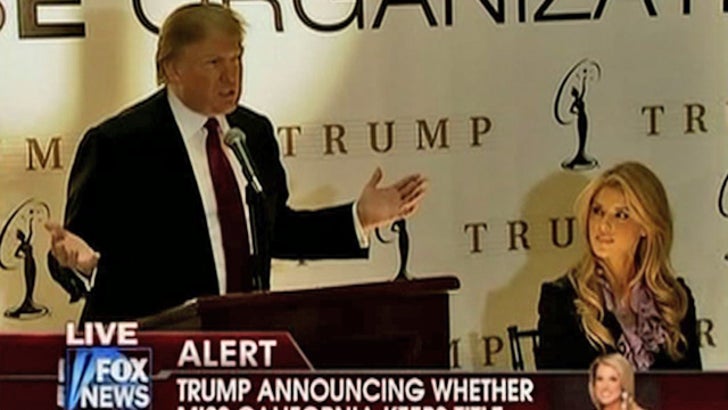 But Carrie herself is responsible for one of the best lines ever -- she explained the pics we put up in which she's exposing her breasts by saying they were taken between shots on a windy day.

Trump also explained the wall Carrie put up with Miss California's officials as a "miscommunication" -- that, for the record, is BS.