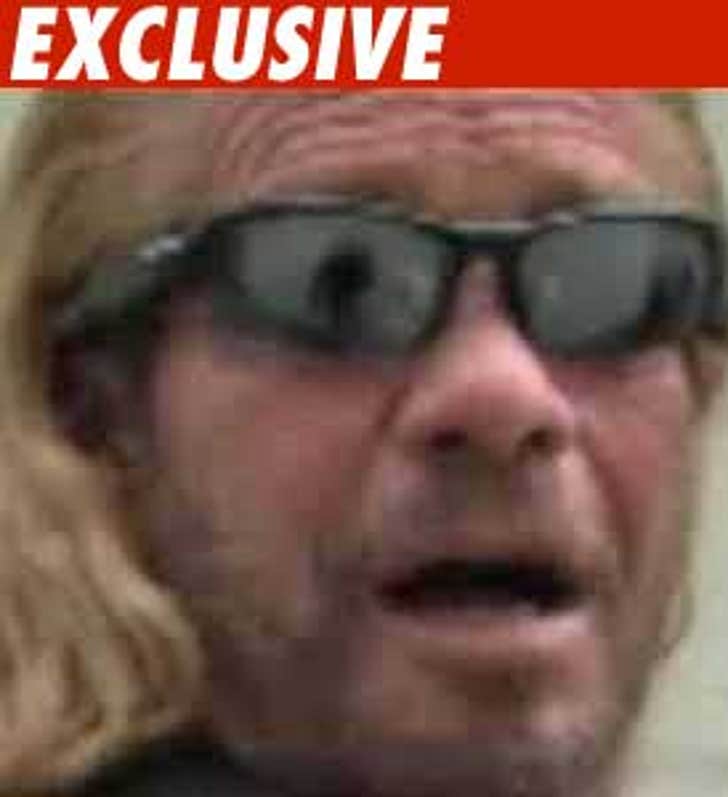 The man who flipped his car trying to evade Duane "Dog" Chapman was captured by the bounty hunter late last night. When will these people learn?

Dog picked up the guy near a hospital after he bolted from the scene of the accident. The guy was wanted for being a no-show for a felony narcotics violation.

As we first reported, Dog claims the wanted man nearly ran over the bounty hunter with his car while trying to flee -- and eventually flipped his ride and ran off into a field.