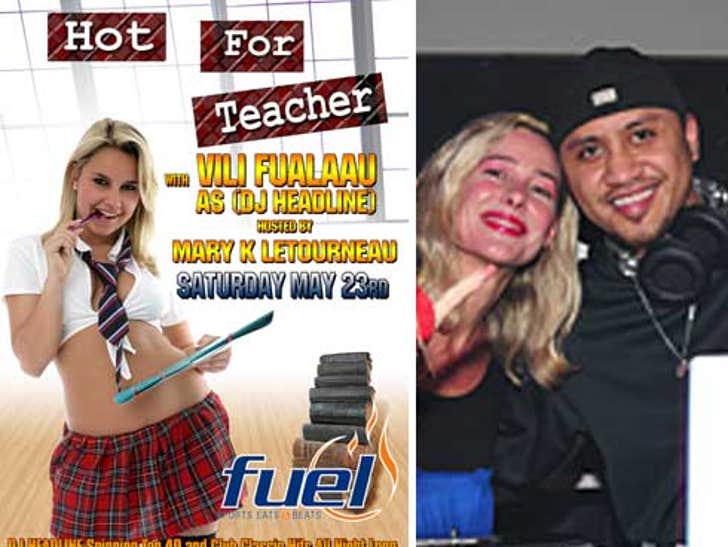 Mary Kay Letourneau -- the teacher who spent seven years in jail after having two kids with her 13-year-old student -- is the appropriate host of a Seattle Bar's "Hot for Teacher" night... but don't expect her to be the one checking ID's at the door. 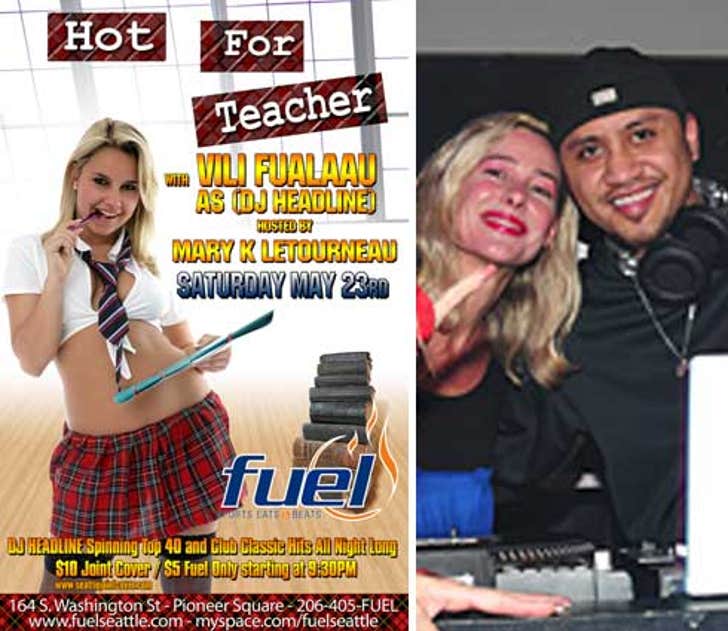 As an added bonus, Vili Fualaau -- the kid Letourneau was convicted of raping and later married -- will be spinning records at Fuel Sports Eats & Beats under the name DJ Headline.

We're told it was all Vili's idea -- the whole "Hot for Teacher" part -- and that Mary Kay will be roaming the party signing autographs and meeting guests.