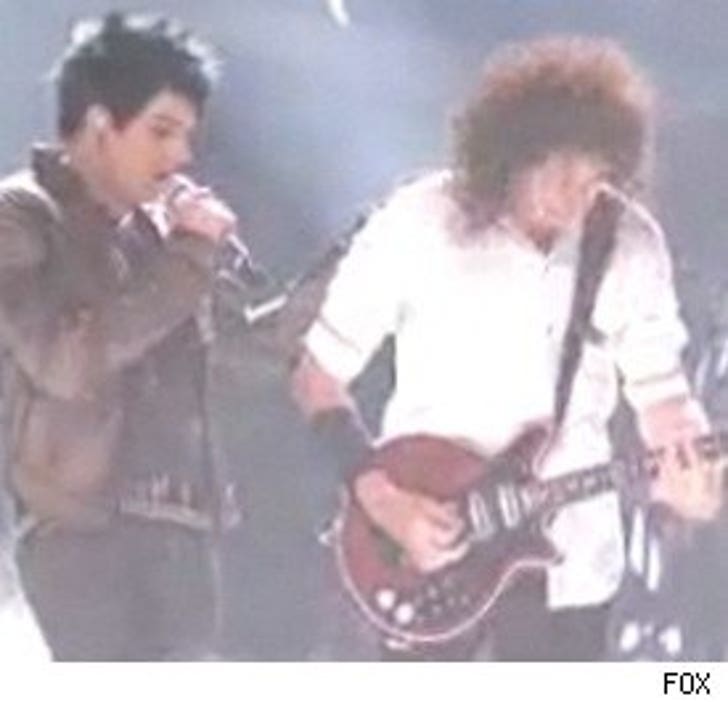 We already know Adam Lambert can rock eyeliner like the late Freddie Mercury, but can he front Freddie's band? The guys from Queen aren't ruling it out after their performance on the "American Idol" finale.

In a Rolling Stone interview, Queen's lead guitarist Brian May said, "It's not like we, as Queen, would rush into coalescing with another singer just like that. It isn't that easy. But I'd certainly like to work with Adam. That is one amazing instrument he has there."