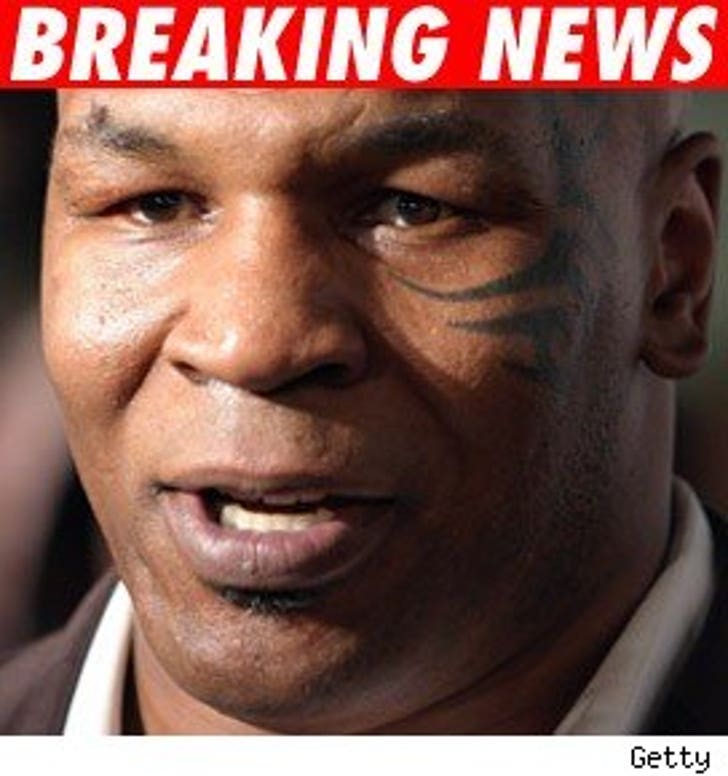 Paramedics were called to Tyson's Phoenix home at around 10:30 this morning when his 7-year-old son found the young girl hanging from a treadmill by its power cable, according to MyFoxPhoenix. Tyson was not home at the time.

The girl's mother took her off the cable and immediately started CPR.

Paramedics eventually arrived and took the girl to St. Joseph's Hospital and Medical Center, where cops say she remains on life support in "extremely critical condition." Tyson has since arrived to the hospital.

As of now, cops believe the incident was a "tragic accident."