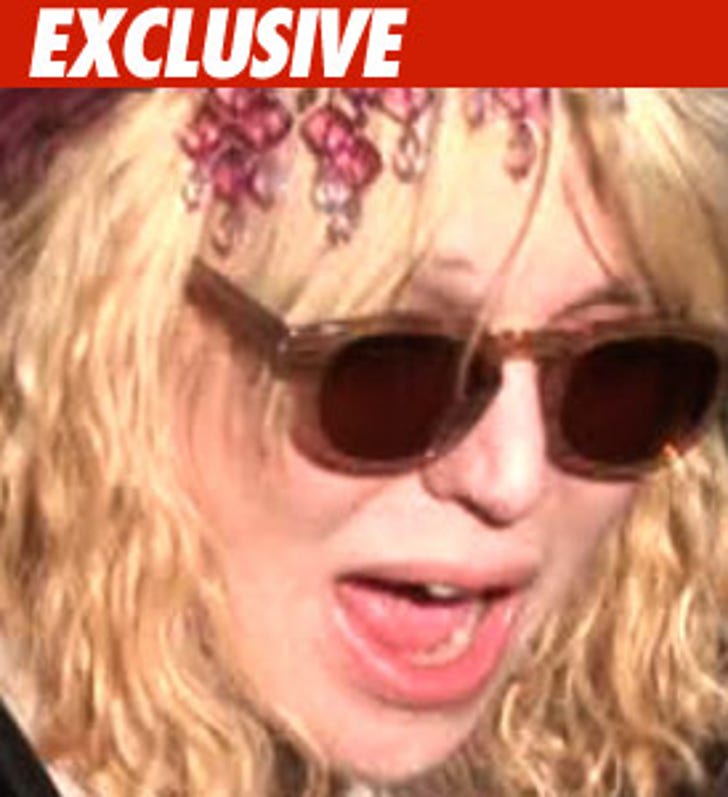 Courtney Love is firing back at American Express for suing her, claiming she owes more than $350,000 in credit card debt.

Love's lawyer sent TMZ a statement claiming the suit is bogus, and that she's been beating her head against the wall for a long time now trying to reason with the credit card company.

Love's lawyer writes: "AmEx knows the claim has no merit. We have told them this for a long time. AmEx's lax policies allowed fraudulent transactions to be charged to my client's card."

UPDATE -- Keith Fink, Courtney's lawyer, tells us that 104 AmEx credit cards were taken out under Courtney's name or the name of her business -- and that all the charges attributed to Courtney weren't made by her. He also said it doesn't take a rocket scientist to figure out nobody takes out 104 credit cards!