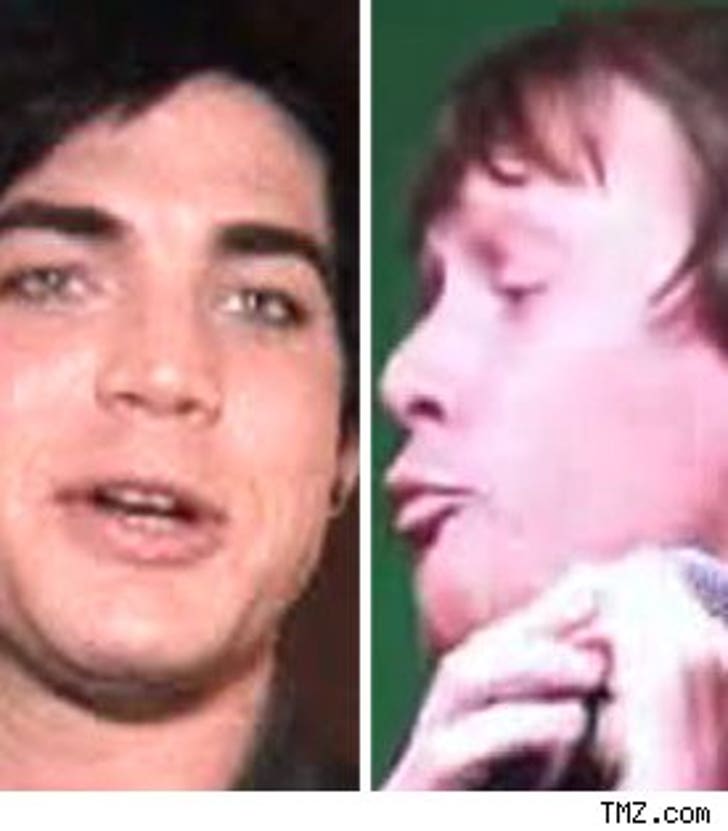 He may wear guy-liner, but Adam Lambert ain't no punk bitch -- dude finally fired back at Clay Aiken over that negative web-rant last week.

The new "A.I." runner up blasted the old "A.I." runner up in an interview with Access Hollywood yesterday, saying "I don't know Clay ... I'm glad he's getting headlines now though, because he wasn't before."

Lambert added, "If he wants to ride my coattails about it, good for him."

If you recall, Aiken started this cat fight last week, saying he thought his "ears would bleed" when he heard Lambert sing "Ring of Fire." Aiken then tee'd off on how much better "American Idol" used to be when he was on it back in the day.