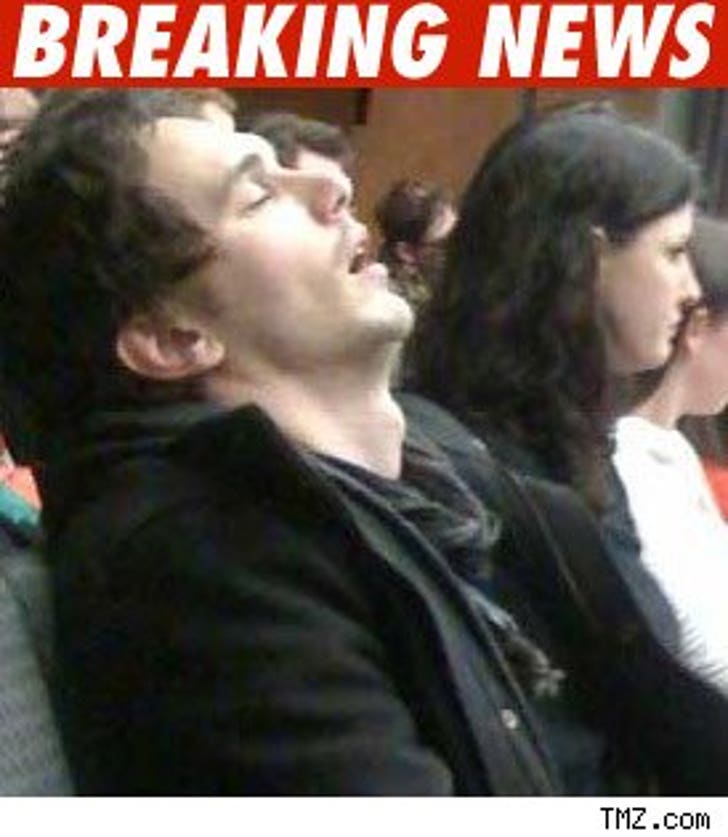 There's going to be quite a few happy students at UCLA today -- because James Franco has dropped out of giving the keynote speech at this year's graduation.

You'll remember back in March, a group of 200-something students launched a Facebook protest against Franco -- who graduated only a year earlier, was only an "average student," and fell asleep in class -- giving the big speech.

Franco said in a statement: "I deeply regret not being able to keep my commitment to giving the commencement speech at UCLA's graduation this year.

Unfortunately the date conflicts with me needing to be on location to begin pre-production on my next film. I wish everyone in the 2009 class the best of luck in all of their future endeavors."

He probably would have overslept and missed it anyway.