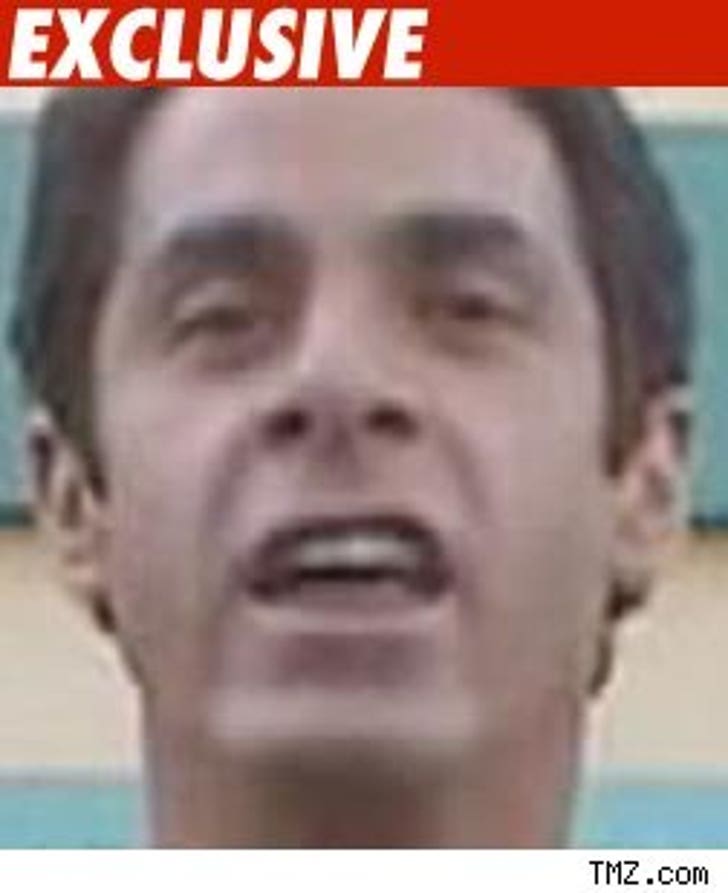 If a man who worked at a Make-a-Wish event was granted a wish of his own, it would probably be that Robert Maschio from "Scrubs" didn't allegedly get drunk and choke him with his own necktie.

According to a lawsuit filed in L.A. County Superior Court, Tom Binder claims Robert -- who plays The Todd on the show -- got smashed while tending bar at a Make-A-Wish event in Santa Monica last year.

Tom -- who was working at the event -- claims Robert became so enraged when bidding on all items had come to an end, that he screamed, "You don't know who I am! I just raised $8,000 for this organization, you little piece of s**t!"

That's when the suit says Robert grabbed Tom "by his necktie and began choking him, lifting Plaintiff partly off the ground and yelling even louder: 'Let's take this outside.'"

Robert is being sued for assault and battery -- the plaintiff is seeking unspecified damages. ABC is also named as a defendant -- because the suit says Tom was a "celebrity representative" of "Scrubs."