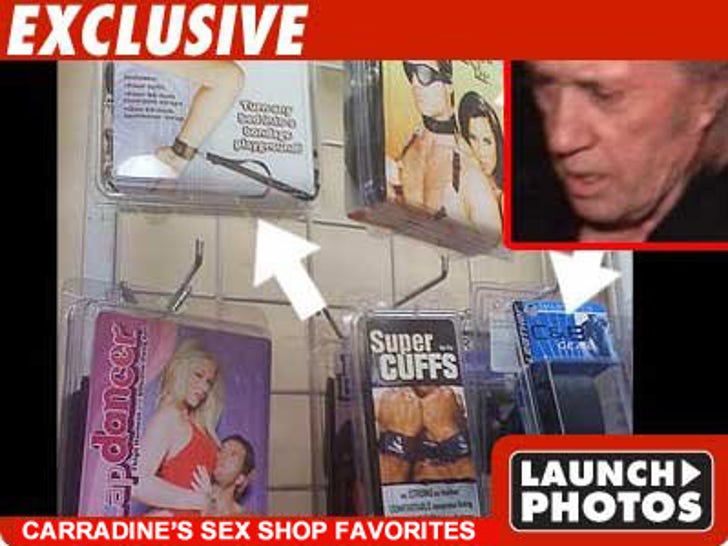 David Carradine went to a Los Angeles sex shop he frequented just three weeks before he died and placed a large order for clothing, toys and videos. 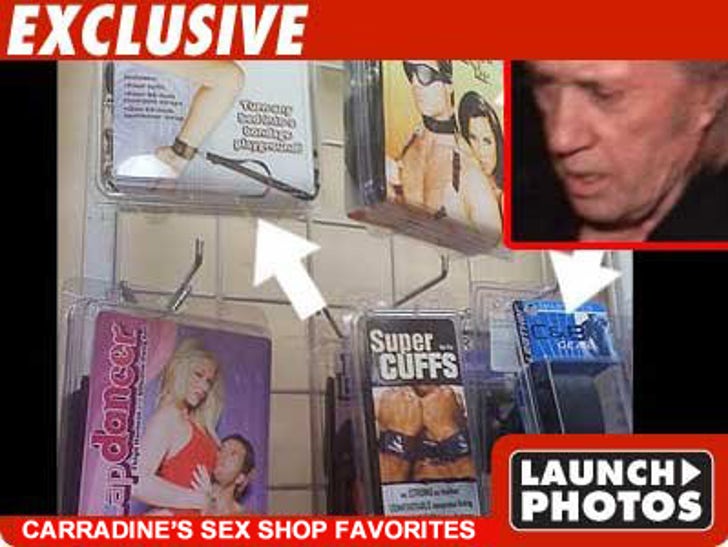 According to the owner of Susie's Delights in Tarzana, CA, Carradine was a regular in the store -- shopping there a few times a month for years. The owner tells us Carradine owned almost every piece of bondage equipment in the store.

The order Carradine placed three weeks ago included women's lingerie, stockings, a few pieces of bondage equipment and three bondage DVDs. Some of the items were on back order and Carradine was supposed to come back and pick them up a few weeks later. He never did.

The owner told us when Carradine placed the order he talked to her for almost an hour, saying he was upset because he felt his wife was unhappy with him.

The photo gallery (above) includes various items the owner says Carradine purchased in the store.