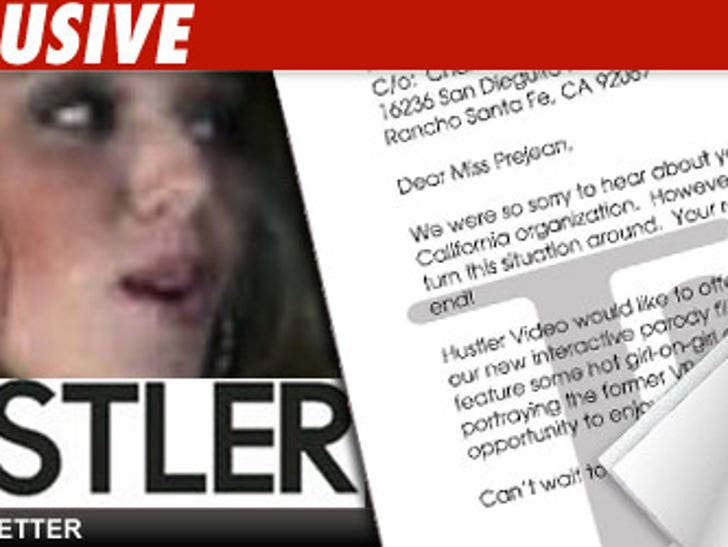 Hustler really has a soft spot for ex Miss California Carrie Prejean -- they're offering her $500,000 for the chance to wear the crown again. Which, in Hustler code, means girl-on-girl action. 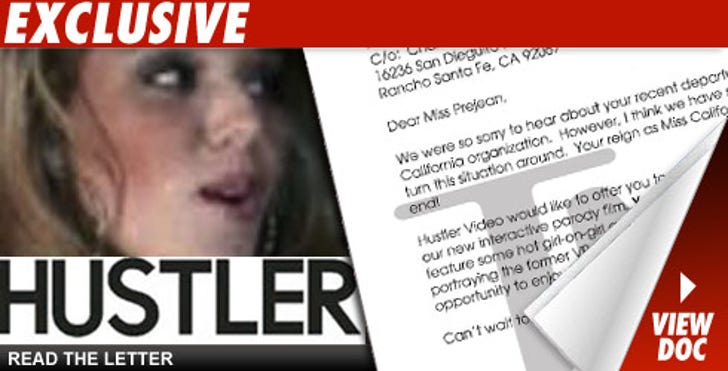 In the flick, "biblically correct" Carrie will have to go at it with Palin -- but the letter goes on: "Don't worry, you'll also have an opportunity to enjoy some opposite sex as well."