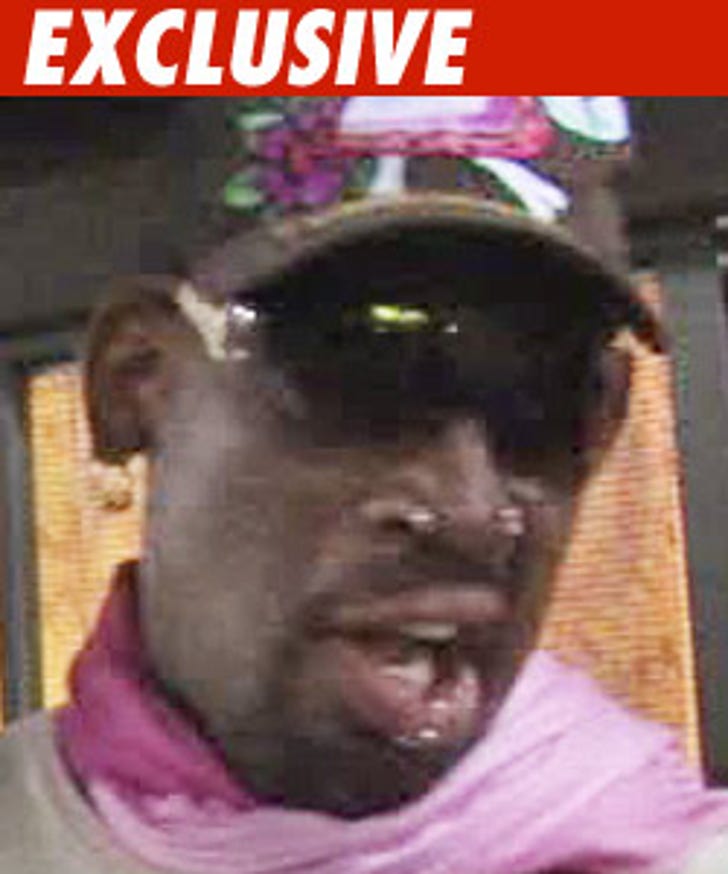 Dennis Rodman says whether or not he boozed it up and bolted from a Super Bowl party, he still deserves to get paid -- and now he's going in for the kill.

Rodman made a deal to host a party in Tampa for four hours at $20,000. But the company that agreed to pay him claims he stayed less than three hours... and that's why it stopped payment on the $7,500 balance.

There's another reason why the company stopped payment -- it claims Rodman and his posse racked up a whoppin' $10,000 in additional expenses, including lots and lots of liquor.

Rodman may get the last laugh, because the company never responded to his lawsuit for the $7,500, so he just won a default judgment -- which means you snooze, you lose.

But Dennis has another money menace to worry about ... there's this little $225,000 judgment against him for slapping a chick's butt.