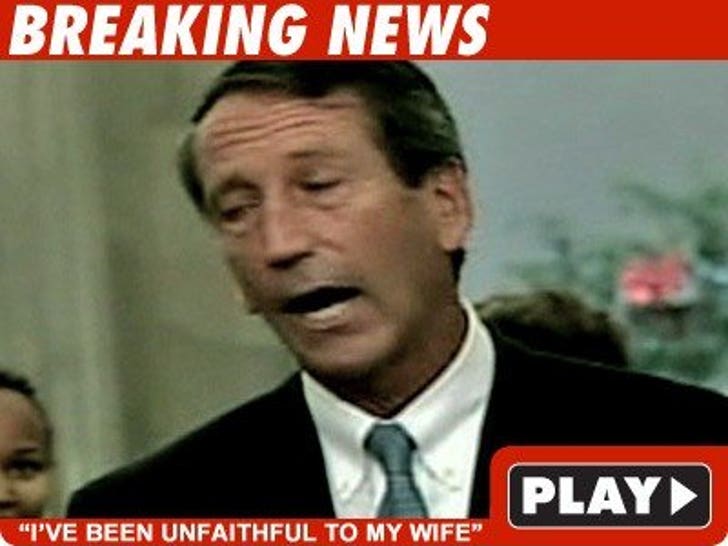 The Republican Governor of South Carolina just confirmed everyone's suspicions -- he went missing for five days because he was not-so-secretly cheating on his wife.

Gov. Mark Sanford just admitted to jetting over to Argentina to hook up with a woman who was not his wife -- and said the affair started about a year ago.

He asked for forgiveness from pretty much everyone, including his wife and 4 kids. He's resigned as chairman of the Republican Governors Association but did not resign as Governor of South Carolina.