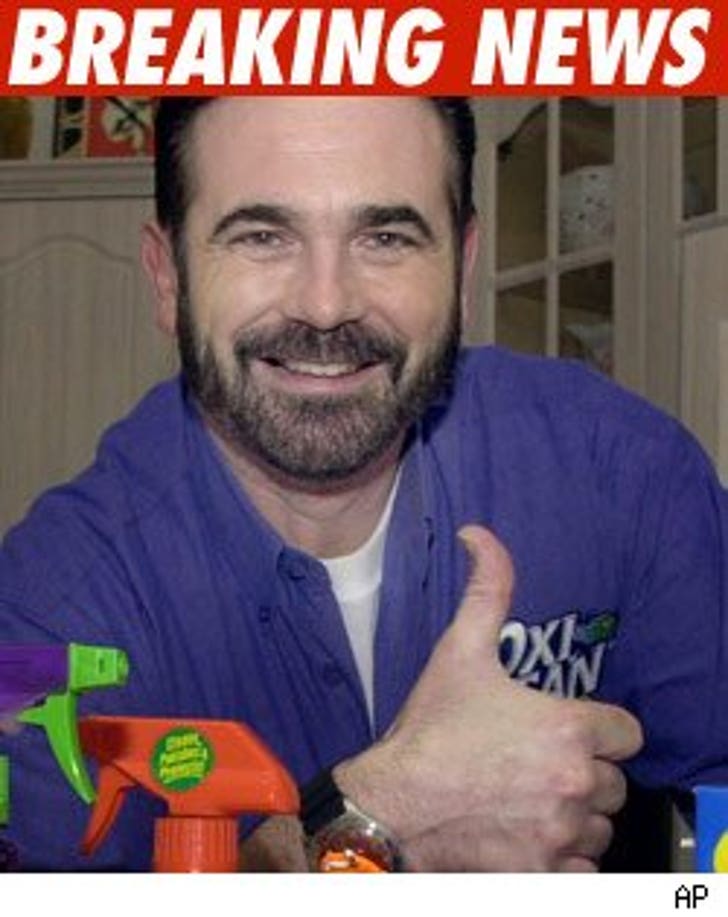 TMZ has confirmed TV pitchman Billy Mays was found dead today in his home in Tampa, Florida early this morning.

According to the Tampa PD, the 50-year-old TV pitchman was found unresponsive by his wife Deborah at 7:45 AM.

TMZ has learned Mays' body has already been removed from his home.

Mays had just returned from Philadelphia, where he shot a new OxiClean commercial. He was a passenger aboard a plane that suffered a blown front tire upon landing. He told a local TV station, "All of a sudden as we hit you know it was just the hardest hit, all the things from the ceiling started dropping. It hit me on the head, but I got a hard head."

We're told Mays was at his home around 6:00 PM last night, and according to a source Mays was "acting fine and normal ... he was talking business with his father-in-law."

According to cops, there are no signs of forced entry to the residence and no foul play is suspected. Billy's wife Deborah told investigators Billy wasn't feeling well last night.

The Medical Examiner's office is expected to complete the autopsy by tomorrow afternoon. Billy was due to have his third hip replacement surgery on Monday.

UPDATE
: Deborah just released the following statement: "Although Billy lived a public life, we don't anticipate making any public statements over the next couple of days. Our family asks that you respect our privacy during these difficult times."

A rep for the Discovery Channel -- which airs Billy's show "Pitchmen" -- released this statement, "Everyone that knows him was aware of his larger-than-life personality, generosity and warmth. Billy was a pioneer in his field and helped many people fulfill their dreams. He will be greatly missed as a loyal and compassionate friend."