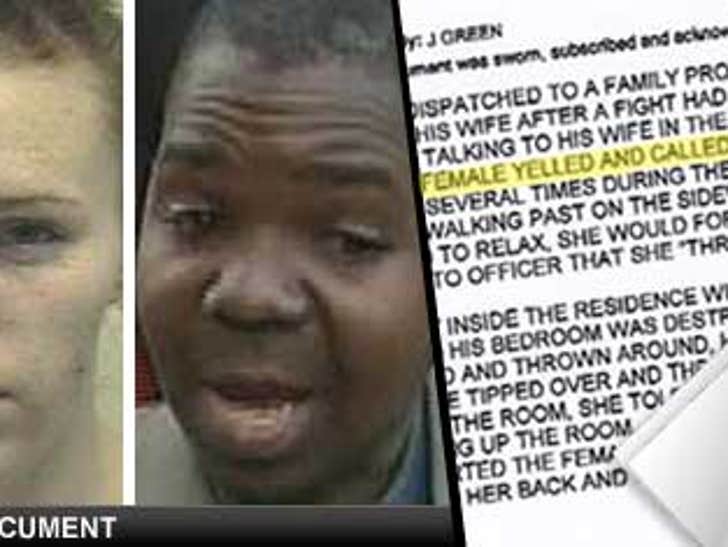 Gary Colemen's wife has a dirty, filthy, foul mouth -- this according to the police report filed after she was busted for domestic violence and disorderly conduct.

The doc says Shannon Price locked Gary out of his house in Utah on Wednesday night, then proceeded to destroy everything in his bedroom. When cops arrived at the scene, Shannon "yelled and called the officer 'f***er' and told the officer 'f**k you and f**k him several times."

The report says Price admitted she "thrashed" the room and told Gary "you deserve this after how you treated me." She was arrested and released on $1,205 bond.