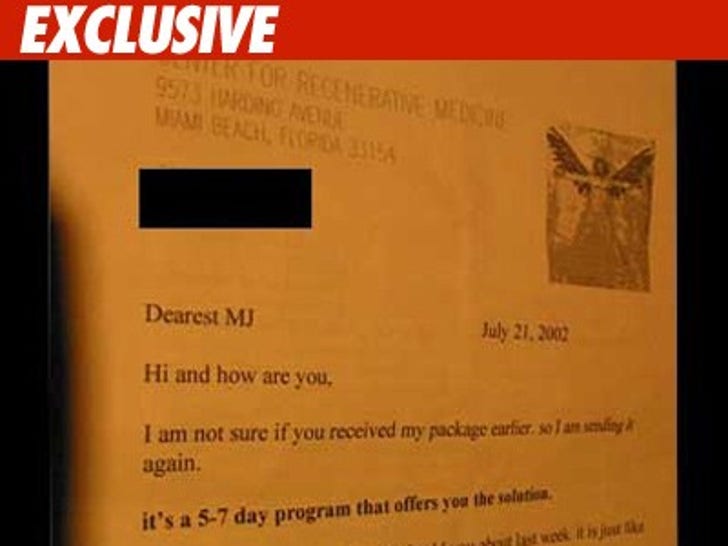 Dr. Alex Farshchian wrote Michael Jackson a letter -- dated July 21, 2002 -- in which he writes, "Buprinex (sic) is the potent narcotic I told you about last week. It is just like the D but better." Buprenex is an injectable narcotic painkiller. 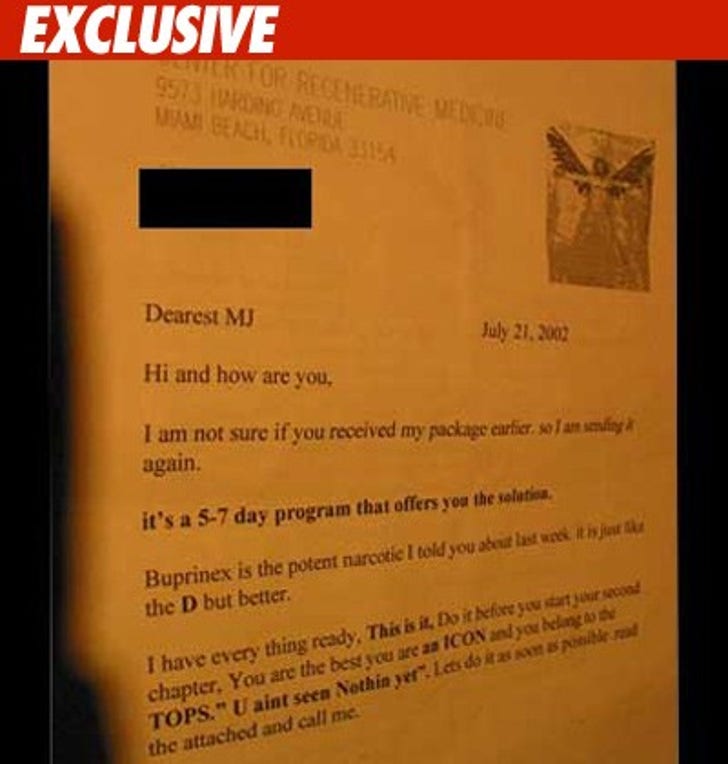 During a search of Neverland, Santa Barbara County Sheriff's deputies seized a scribbled note -- which may have been written by Jackson and found around his drug stash -- that says "Buprenex does the same as demerol, the only difference is you can't become an addict on Buprenex." The note refers to Buprenex as "synthetic demeroll (sic)." It goes on: "2 viles, I would feel safe having it in case of axident (sic)."

Our research shows if Buprenex is taken for long periods of time or at high doses, it can become addictive. 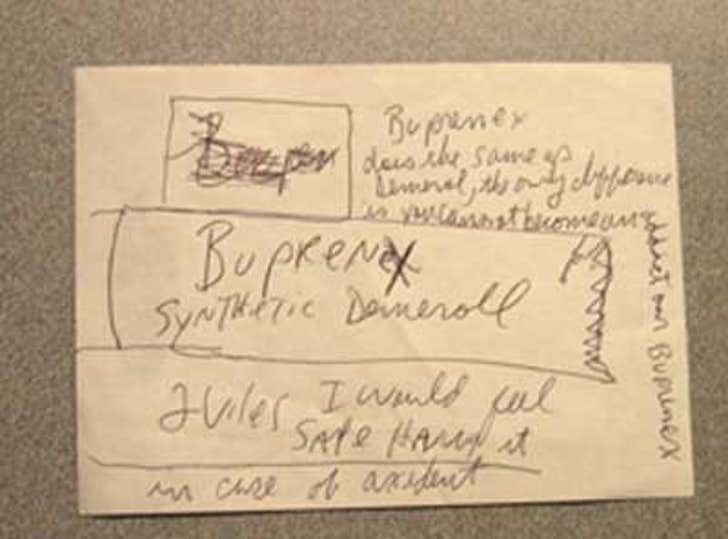 The doctor refers in his letter to a "5-7 day program that offers you the solution." The doctor does not explain the program.