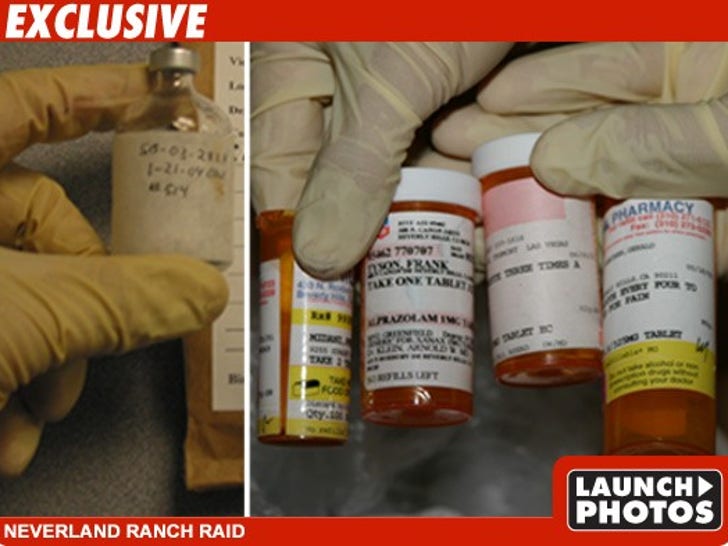 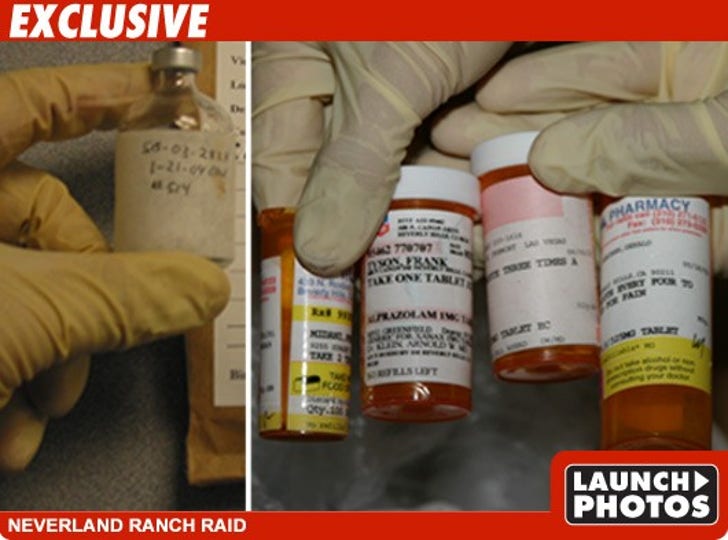 We've obtained documents that were part of the Sheriff's Department's investigation detailing what was found in the search. Among the items ...

-- A vial of Versed -- a powerful sedative
-- Several IV bags containing "a milky white fluid, located in a small cardboard box on top of the bathtub." Propofol and other anesthesias are milky white. As we first reported, Propofol was in Jackson's home the day he died.
-- A vial of Promethazine -- an antihistamine with strong sedative effects
-- A bottle of Alprazolam (generic for Xanax, a powerful anti-anxiety drug)
-- A bottle of Percocet -- a painkiller
-- A syringe
-- A vial with Demerol in it
-- Numerous loose pills outside bottles
-- A bottle of Prednisone -- a steroid
-- Ery-tab -- an antibiotic
-- Prescriptions for Xanax that had been filled
-- A prescription for Alprazolam
-- Oxygen tanks
-- IV stands