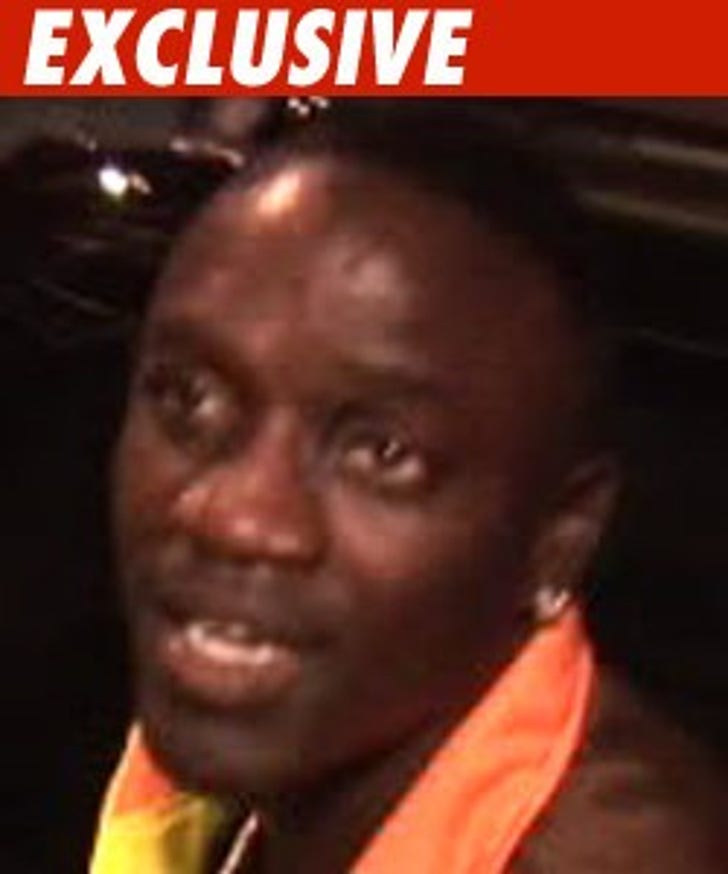 Akon made a baby with a woman who now wants him to make child support payments -- but she claims the only thing he does better than sing is hide from process servers.

We're told Sara Coleman's lawyer has been desperately trying to serve Akon -- even at Michael Jackson's memorial -- but so far no luck.

Akon has already taken a paternity test -- and it was a match! The kid is 6 months old.

"Akon has taken responsibility and has been extremely cooperative and proactive in handling this private matter. Paternity was only established just over 30 days ago. Since the case was filed outside of Georgia jurisdiction, where he is a legal resident, Akon is currently in the process of engaging counsel in California and will continue to handle this matter in a timely manner."