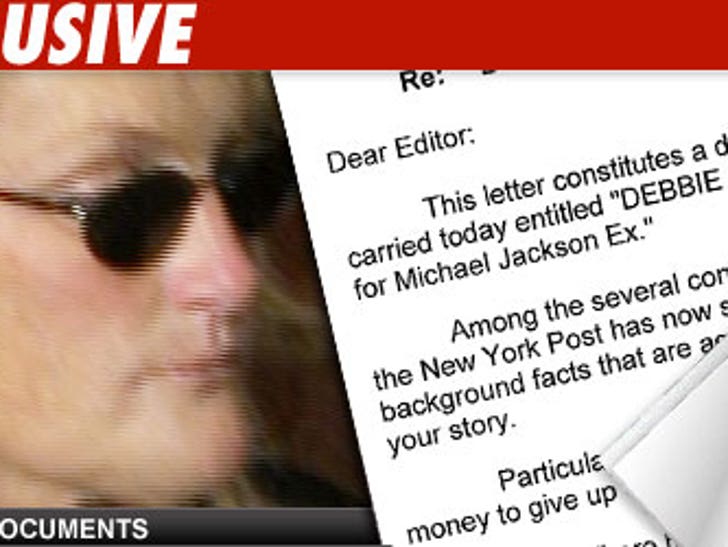 Debbie Rowe's lawyer just fired off a letter to the New York Post ... demanding a retraction of its story that Rowe has accepted $4 million to walk away from Michael Jackson's two eldest kids. 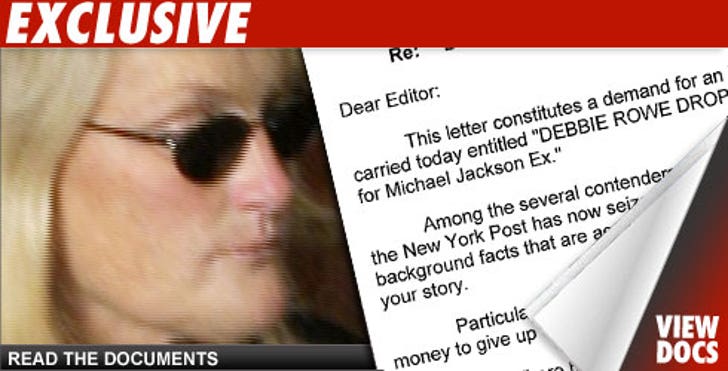 George says "Ms. Rowe has not accepted -- and will not accept -- any additional financial consideration beyond the spousal support she and Michael Jackson personally agreed to several years ago." This is a very significant statement and we've confirmed it with another Jackson source.