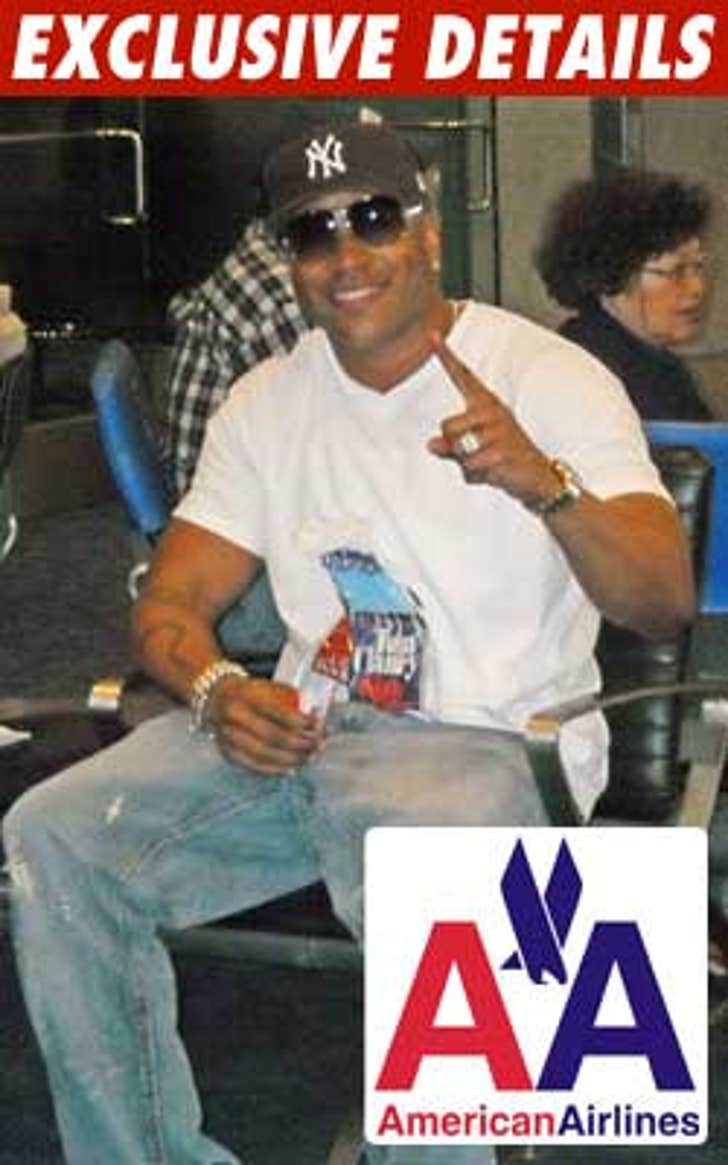 LL Cool J was on the sickest flight on Monday night -- meaning someone got so sick on the plane that all the passengers had to be quarantined when it landed.

That was only part of LL's airplane problems: Before he was quarantined, the flight -- from L.A. to St. Louis -- had to make an emergency landing in Kansas City, after passengers smelled smoke and realized the jet reeked of fuel.

Once the plane landed, we're told one of the passengers -- who had just returned from a trip outside the U.S. -- was so sick everyone had to be quarantined for 3 hours as a precaution.

LL chatted on ESPN.com that he opted not to re-board the plane and instead ordered a car service to get him to St. Louis. He made it to the game.