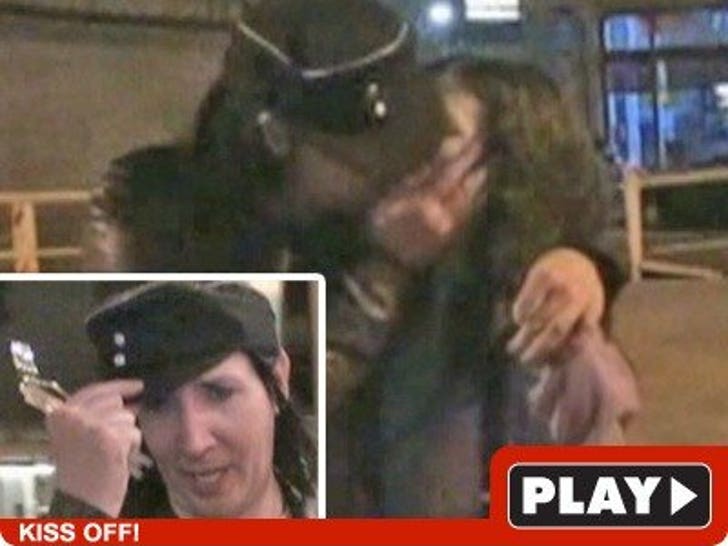 Marilyn Manson recently threatened to personally hunt down journalists who criticized him and his band -- and last night in Philly, he brandished his weapon of choice: A fork.

Manson was on his way out of a dinner date in Philadelphia with a mystery new brunette -- a brunette he even kissed on the mouth in front of the entire paparazzi.

Before stealing the kiss, Manson stole a dining utensil from the restaurant, which he eventually chucked at a papper. Fortunately, no serious injuries were suffered in the run-by forking.