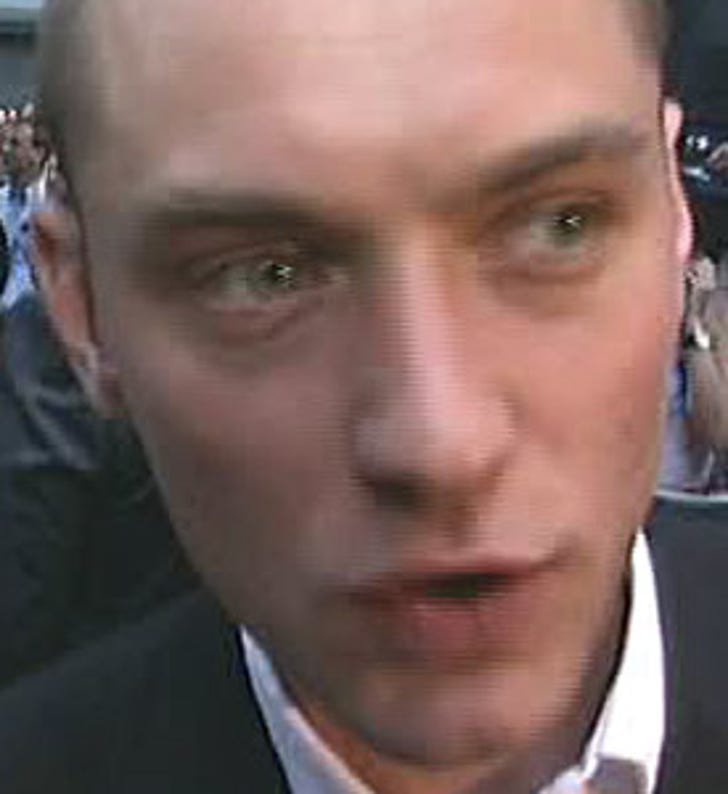 Turns out Jude Law was making more than a movie in New York last year.

Law's rep confirms he is expecting kid #4 "following a relationship last year" -- adding Law was told by the birth mother the baby is due in the autumn.

His rep says he's no longer in a relationship with the woman but "intends to be a fully supportive part of the child's life."

Law divorced actress Sadie Frost back in 2003 -- they have three kids together.