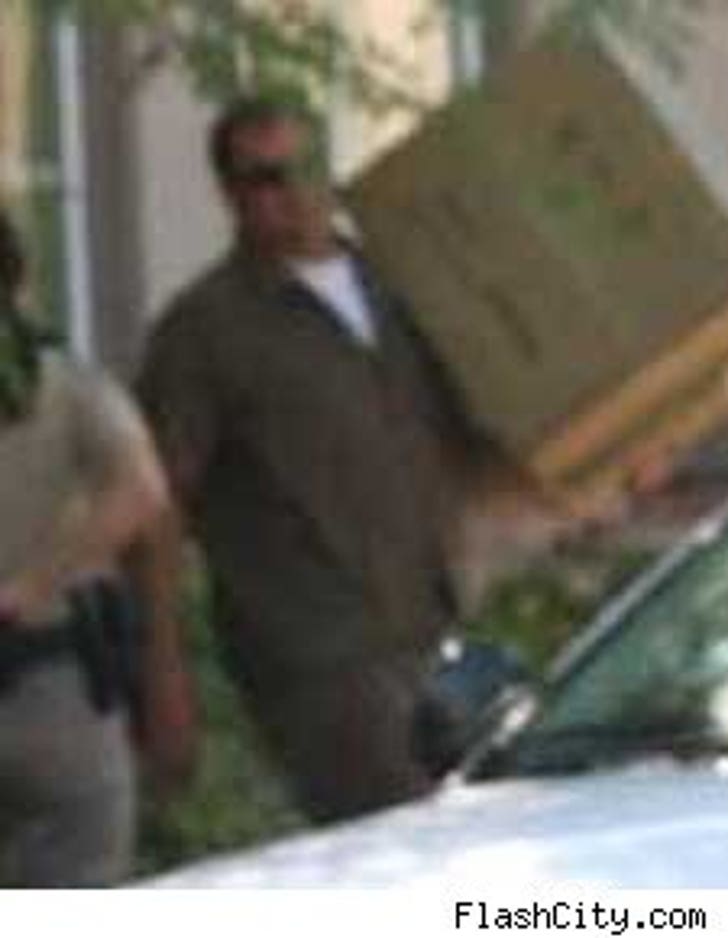 Remember that UPS truck that drove right up to Dr. Conrad Murray's home during the Las Vegas raid this past week? Why would a UPS man be allowed in the middle of the action? Why was the dude rockin' the brown shorts turned away? We have answers!

The dude pulled up to the security post just after the raid began, and cops let him in -- apparently unbeknownst to the DEA, because agents were surprised when the ever-accommodating delivery dude came a knockin'.

Our sources say law enforcement checked out the box. After all, we know one of the things the LAPD and DEA are highly interested in is shipments to Dr. Murray -- law enforcement believes Propofol could have been shipped and earmarked for Michael Jackson.

Turns out our man in brown just had a gift box, so he was sent away, box in hand.