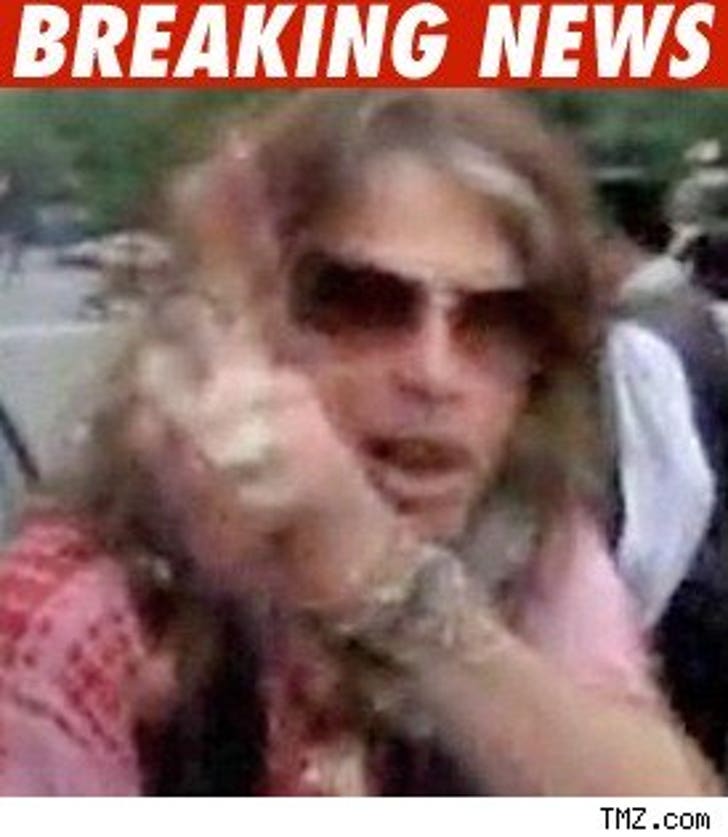 Falling in love is so hard on the knees -- but falling on stage, that's hard for your head, shoulder and neck.

Aerosmith frontman Steven Tyler was airlifted to the hospital last night after falling from a stage in South Dakota midway through a concert.

The whole thing went down after the soundsystem failed during "Love in an Elevator" ... and Tyler began to dance to keep the crowd entertained.

It's unclear how serious his injuries were, but Tyler was reportedly still livin' it up after going down -- joking with the physician in the helicopter.