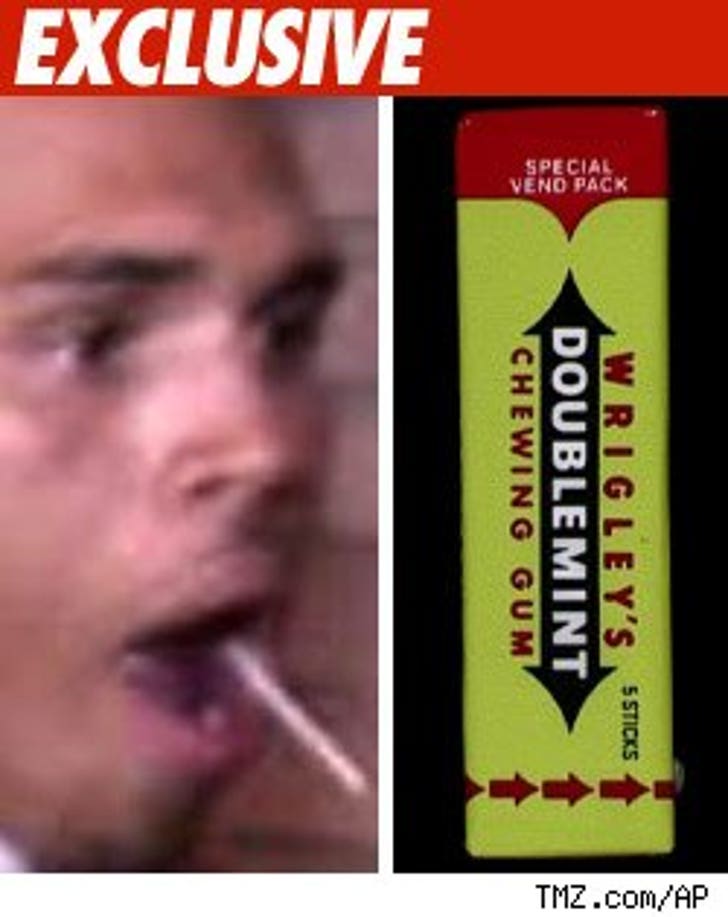 He was on the bubble for a while -- but now Wrigley is "formally terminating" their relationship with Chris Brown.

The chewing gum company had previously "suspended" their campaign with Brown in February after the incident with Rihanna, saying they "believe Mr. Brown should be afforded the same due process as any citizen."

But last month, Brown pled guilty to felony assault -- and now Wrigley has given him the permanent heave-ho ... which means you're more likely to hear that "Double Your Pleasure" song at a wedding than on TV.

So Chris dodged the jail bullet -- but his wallet may have a more serious hit.